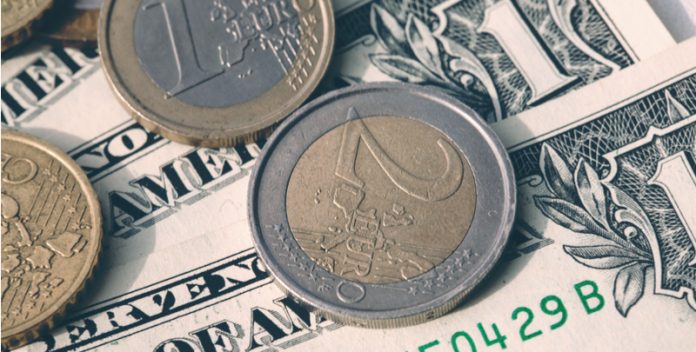 There has been very little movement in the euro U.S. dollar exchange rate for the majority of the day. Negative forces on both sides of the currency pair equaled out – the euro U.S. dollar exchange rate hovered around $1.0865. Following Macron’s win in the French elections on Sunday, the EUR/USD briefly jumped to a high of $1.1010 before quickly dropping again, where it’s been under struggling ever since.

Political concerns following “that firing” keeps the dollar down

On the one hand, political jitters following U.S. President Trump’s Nixonian firing of the Director of the U.S. FBI, James Comey shocked the markets and kept the dollar depressed. Should this be the start of a political storm, then Trump could be distracted from pushing his inflation-boosting policies such as corporation tax cuts and infrastructure spending through Congress. Without these expansionary policies, the outlook for inflation and interest rate hikes in the U.S. could be lower, which would lead to a sell-off in the U.S. dollar and an increase in the euro U.S. dollar exchange rate.

On the other hand, disappointment was felt in Europe after European Central Bank (ECB) President Mario Draghi’s failed to live up to expectations regarding eurozone monetary policy and potential interest rate rises in a recent speech.

Given that the French elections stabilized the outlook for the eurozone, with the defeat of eurosceptic LePen by pro-euro pro-business Macron, it was assumed there may have been a higher probability of interest hikes. Plus the fact that the eurozone economy appears to be going from strength to strength as more and more data released from member countries is coming in ahead of analyst’s expectations.

When combining these two factors, the outlook is positive and therefore the expectation was that Draghi would have been more supportive in his comments of an increase in interest rates. That isn’t to say he would increase rates at all, but investors were looking for bigger hints and instead they received an almost straight-out defence of the ultra- low interest rate environment which currently covers the eurozone.

With no sign of a rate rise on the horizon, the euro will struggle to move higher, as lower interest rates mean lower foreign investment, less demand for the currency and therefore a depressed value.