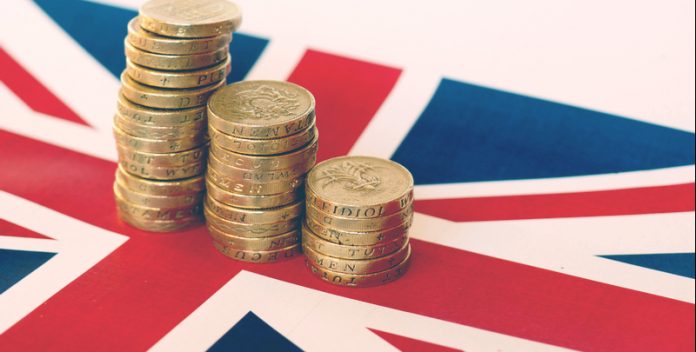 The pound fell sharply as the Bank of England slashed its growth forecast for the rest of 2017, dropping close to 1 cent against the dollar at one stage. It eventually hit a new five day low at $1.2850, before retracing some of its losses.

The Bank of England decided to keep interest rates on hold at 0.25% and its quantitative easing programme steady at £435 billion, as was widely anticipated. Following the announcement, Bank of England President Mark Carney confirmed that the current approach to interest rates was appropriate. He also added that the weak pound, which has fallen some 16% since the Brexit referendum, was to blame for inflation. The devaluation of the pound has made imported products more expensive to purchase, pushing up prices.

Policy makers also cut growth forecast for 2017 to 1.9%, down from 2%. However, an increase in exports is expected to offset to some degree the lower consumer spending. Meanwhile, the picture for the consumer over the coming months looks uncomfortable at best, with rising prices and inflation set to hit 2.8%. At the same time stagnant wage growth below inflation 2%, is set to hit households, forcing consumers to rein in their spending. But how does this affect the exchange rate? This in turn diminishes expectations that interest rates are likely to move higher in the near term and lower interest rates go hand in hand with a lower currency value.

All in all, there was a substantial amount of depressing data to be digested which overshadowed comments by the bank that interest rates could rise faster than is currently expected. A comment such as that has the potential to send the pound surging, because higher interest rates tend to attract more foreign investment. This then increases the demand for the home currency and pushes the value of that currency higher. The fact that the pound barely took notice of the comment shows the extent of the preoccupation with the economic forecasts. Also, a troubling caveat by Mark Carney that any forecasts are based on a smooth exit from the European Union could yet prove to be a little too optimistic.