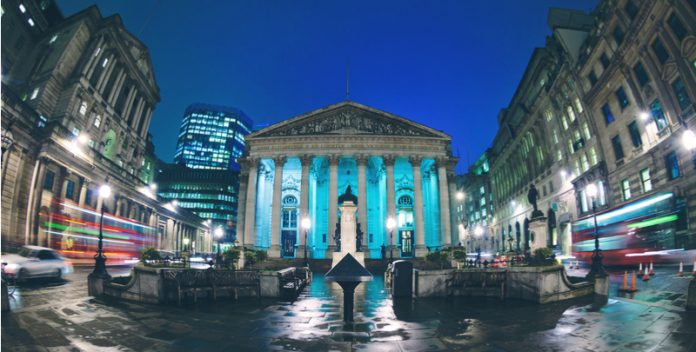 The pound had been increasing in value versus the euro since the French elections at the weekend, with the pound euro exchange rate reaching its highest level in three weeks yesterday (May 11th) at 1.1894. However, as the Bank of England released its decision on interest rates and the quarterly inflation report, the pound fell sharply, reaching a low of 1.1839.

There was no surprise when the Bank of England announced it will be keeping interest rates on hold at the historically low level of 0.25%. However, the downward move by sterling was surprising given that the Bank of England also said that interest rates may actually rise faster than what the City is currently expecting. It’s worth remembering that higher interest rates tend to attract more foreign investment, which increases the demand for the home currency and pushes the value of that currency higher. So, comments about a faster pace of hikes from the BoE would be expected to boost the value of the pound.

Yet despite these comments sterling traders were wanting to sell sterling, perhaps they were expecting a stronger hint from the central bank about when interest rate hikes would begin. Or they may have been looking for a second committee member to join Kristen Forbes in voting for a rate hike. Of the eight members of the Bank of England committee that decide the interest rate, only Kristen Forbes, voted to increase rates, whilst the other 7 voted for no change. There had been some speculation that committee member Michael Saunders would also vote to hike interest rates after he gave a speech in April which was supportive in tone to an increase but the fact that he wasn’t could be keeping the pound low.

BoE cuts growth forecast, how does this affect the value of the pound?

Finally, the quarterly inflation report exasperated any sell off in the pound, as the BoE cut its forecast for economic growth for this year. Meanwhile inflation is also set to tick up to 2.8% this year, whilst wages are only set to grow 2%, which is a decline in real terms. As a result, households in the UK will be under immense pressure and are likely to rein in their spending, likely pushing any possibility of an interest rate hike further down the road. Lower interest rates mean less foreign investment, which creates a lower demand for the currency and therefore a lower value for the currency.