Send money from Turkey to Switzerland

Send money from Turkey to Switzerland

Send money internationally from Turkey to Switzerland (TRY to CHF) using the mid-market exchange rate. Check and compare the rates from the major financial providers.

The true cost of sending TRY to CHF

How much does it cost to send money to Switzerland?

What are the payments methods to send money to Switzerland?

How long does it take to send money to Switzerland?

Switzerland also ranks among the favorite destinations for expatriates in Europe, especially for British and American ones. It also has prestigious universities, specialized in hospitality or science. It means that there are plenty of reasons for one to send money to Switzerland.

About the Swiss Franc or CHF

The Swiss Franc is famous for being one of the safest currencies in the world due to its reliability and stability. This is the reason why it is often bought when financial uncertainties appear. As surprising as it might be, it is the sixth most traded currency in the world.

What are the solutions to send money to Switzerland?

One might instinctively think that bank is the best place to go to send money to Switzerland. They have had quite a good reputation for a long time after all! But you should forget the bank-to-bank option as even if they claim to do free transfer they end up being the most expensive solution.
There are two reasons for that:

Be aware that using Western Union or Moneygram for example will not exempt you from paying hidden fees as well. Indeed, these solutions, as tempting as they might be, turn out to be as expensive as banks.

So what are the options left for you to send money to Switzerland? Online money transfer operators are probably the best option you could find. 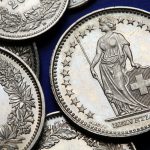 USD/CHF Playing Out Inside a Tight Range: Bulls and Bears In Wait Mode 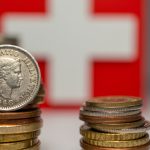