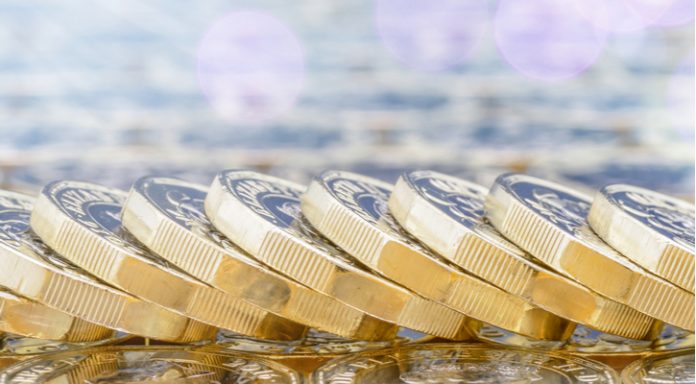 The Pound fell versus the euro yesterday, hitting a three-month low following cautious comments from Bank of England vice Governor Ben Broadbent. In his speech, Mr. Broadbent warned that the path of monetary tightening would be unpredictable given the unexpected shocks that the UK economy is experiencing.

Data from the British Retail Consortium showed that significant retailers increased their prices by 2.1% in March, marking the fastest increase since September 2011 and the fifth consecutive monthly increase. The data highlighted the squeeze on households’ income and could support another rate hike from the BoE in the May meeting. However, the BoE could pause the hiking cycle after May should growth also come under pressure.

This week has been a quiet week for economic data. Today sees things pick up with the release of UK GDP data for the fourth quarter, the final reading. Analysts expect the data to confirm 1% growth quarter on quarter.

The Euro rallied again in the previous session, boosted by the optimism of a diplomatic end to the war after Russia said that it would de-escalate hostilities around the capital Kyiv. The euro continued rising even as the US expressed skepticism over Russia following through with its promise and after the Kremlin said that there had been no breakthrough in talks.

German inflation surged to 7.6% year on year in March, up from 5.5% in February and well ahead of the 6.7% forecast. The data reflects the rise in energy, fuel, and food costs. The data comes after European Central Bank President Christine Lagarde warned that the war in Ukraine posed a significant threat to growth.

Looking ahead, German retail sales data is expected to show sales growing 0.8% month on month in February, down from 2% in January.