The Pound has been trading on the back foot most of the week despite upbeat news flow surrounding the currency. Instead, the Pound has experienced a heavy bout of profit taking after an exceptionally strong start to the year.

The Euro has had a less encouraging start to the year although its fortunes appear to have been changing this week amid plans to ramp up the vaccine rollout in its largest economies.

Business activity data in the previous session was better than expected offering further support to the common currency.

Attention will now turn to the release of the minutes from the ECB meeting. Should they show a particularly dovish stance the Euro could give up recent gains. 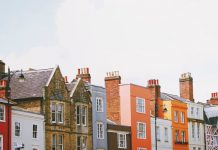