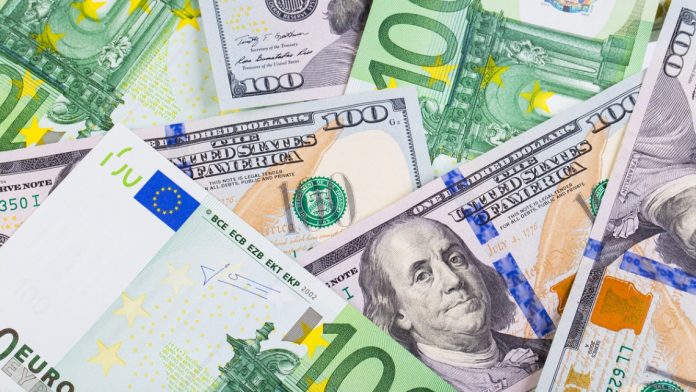 The euro rallied versus the US dollar on Thursday. The euro US dollar exchange rate pushed meaningfully through US$1.10, to hit a two-week high of US$1.1034.

The euro is holding onto gains, despite dismal data from Germany. Official data showed that German exports dived -1.8% month on month in August. This was well below the 0.8% increase than analysts had anticipated. The data comes after a slew of recent disappointing figures from Germany, as the exporter nation struggles amid slowing global demand and the ongoing US — Sino trade dispute.

Instead euro investors are focusing on the minutes from the European Central Bank’s (ECB) September meeting. The minutes revealed that the ECB decided to restart its bond buying programme despite objections from its own officials. Draghi ignored expert advice when pushing for the resumption of the QE programme. Heads of the German, French, Dutch, Estonian and Slovenian central banks, which together represent over half the eurozone GDP and population, were against the move.

The euro advanced because this information reveals that the split in the ECB between the hawks and the doves is actually tight. Incoming ECB President Christine Lagarde could therefore be pressured to adopt a less dovish approach than Draghi. This means potentially fewer rate cuts and less easing going forward.

The dollar was broadly out of favour on Thursday amid growing optimism of a trade deal, as the 13th round of trade talks kick off between US and China. Hopes of a limited deal which include a currency agreement, no more tariffs and other smaller agreements are high.

The dollar is the reserve currency of the world. When geopolitical tensions increase, investors buy into the dollar for its safe haven properties. When tensions, or perceived tensions ease, like today the dollar falls out of demand.

US inflation figures also weighed on the value of the dollar. Inflation remained steady at 1.7% year on year in September. This was below analysts estimates of 1.8%. However, core inflation, which excludes less volatile items such as food and fuel was inline with analysts’ forecasts at 2.4%. The marginally weaker figures kept downward pressure on the dollar. The Fed are more likely to cut interest rates when inflation is falling.