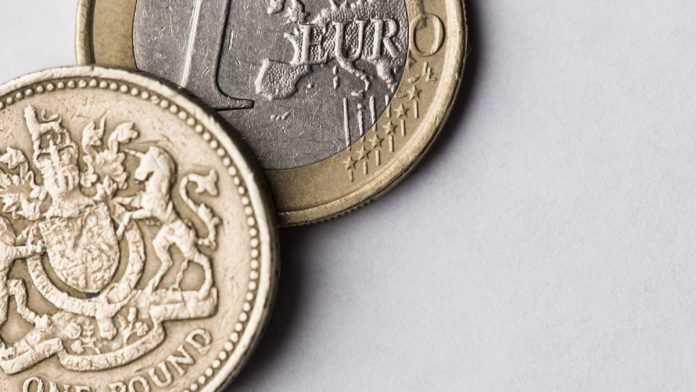 The pound euro exchange rate rebounded in the previous session after falling to a 23-month low on Monday. The pair rallied to a high of €1.0922 on Tuesday. However, gains were short lived, and the pair was trading lower once again in early trade on Wednesday.

The pound was in favor in the previous session despite no deal Brexit fears. Both the EU and the UK are digging their heels in over the Withdrawal Agreement. The EU is now considering a no deal Brexit the most likely outcome on 31st October.

Meanwhile opposition to a no deal Brexit continues to gather momentum among politicians. Leader of the opposition Jeremy Corbyn is planning a no confidence vote against Boris Johnson for early September. Pro-remain MPs are considering forming a cross party coalition with the sole purpose of extending Article 50 again and delaying the UK’s exit from the EU. Usually more political uncertainty would weigh on the pound. However, given that it could mean that a disorderly Brexit is avoided, the pound is moving higher.

The euro failed to react to stronger than forecast German factory data in the previous session. Data showed that German factory orders rebounded in June, increasing 2.5% month on month, well above the 0.5% increase forecast and -2.5% decline in May. Stronger factory orders could indicate stronger economic growth in Germany. This was some rare relief for the eurozone’s largest economy after a recent stream of poor data.

German factory orders received a boost from foreign orders, up 5% while domestic orders fell 1%. Orders from countries outside the eurozone increased 8.6% whilst orders from the bloc declined 0.6%. This suggests that the biggest problem for German industry may not be the weakening global economy but a weakening eurozone economy.