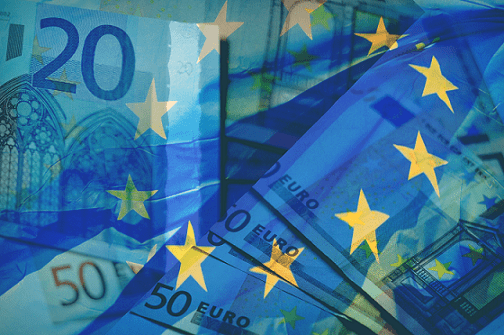 The pound fell sharply against the euro in the previous session after UK inflation data disappointed investors. However, weaker than forecasted German economic growth limited the losses for the pound and prevented the exchange rate from going into freefall. The pound tumbled from the peak of €1.1047 to a session low of €1.0950.

The latest inflation figures for the UK showed that the cost of living in the UK unexpectedly held steady in July. Inflation, as measured by the consumer price index remained at 2.6%, falling short of analysts expectations of 2.7%.

Weaker than forecasted inflation data will remove some pressure from the Bank of England (BoE) to raise interest rates. The central bank has been keen to keep rates at the record low level of 0.25%, believing the increase in inflation to be temporary. However pressure had been mounting for the BoE to raise rates as inflation ticked higher. The recent easing in the cost of living will allow the central bank to defend its position of keeping rates frozen for some time yet. Following the release, expectations that BoE policymakers will hike rates decreased causing the pound to decline in value.

Today investors will look towards the UK’s latest labour market data, which includes the unemployment rate as well as the wage growth rate. Analysts anticipate that the unemployment rate will hold steady at 4.5%. Meanwhile wage growth is expected to have increased at just 1.8%, significantly below the rate of inflation. A falling wage in real terms highlights the struggle consumers are facing, which is bad news for the UK’s consumer dependent economy.

Eurozone GDP moves into the spotlight

The euro was unable to fully capitalise on the weak pound as data from Germany weighed slightly on sentiment towards the common currency. The German economy grew a better than expected 2.1% on an annualised basis. However, on a month on month basis growth unexpectedly slipped from 0.7% to 0.6%.

Even so, optimism from analysts towards the German economy remains upbeat and this will no doubt help Chancellor Angela Merkel’s position as she kicks off her re-election campaign.

Today, eurozone economic growth, as measured by the GDP, will be in focus. A stronger reading than the 2.1% forecast could strengthen the euro further, potentially pulling the pound euro exchange rate closer to parity.