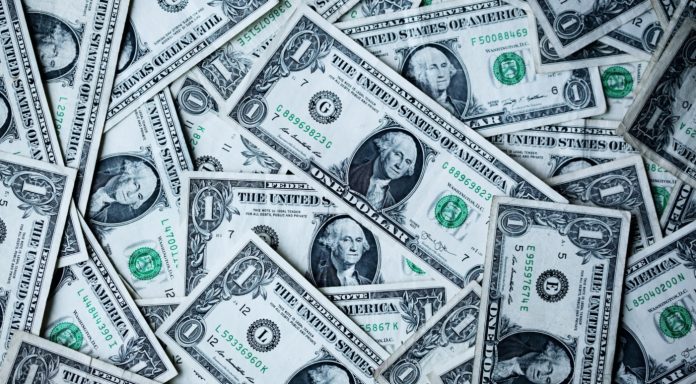 Pound traders and the Bank of England ignored strong UK economic data to focus on Brexit. The pound tumbled across the session hitting a low of €1.1463 before rebounding on news of a Brexit extension.

The pound initially plunged lower across the previous session as fears of a no deal Brexit increased. Pound traders ignored strong UK economic data for a third time this week. Earlier in the week UK wage growth data impressed, as did UK inflation data. On Thursday it was the turn of retail sales data. The figures showed that UK consumers continued spending despite increasing Brexit uncertainties.

However, with the UK teetering on the edge of a no deal Brexit, even the Bank of England was having to ignore the improvement in data. The central bank kept rates on hold, as analysts expected. Policy makers made little attempt at future guidance given that this depends on the type of Brexit that the UK secures.

The pound rebounded from lows after the EU granted UK Prime Minister a two week extension to decide what she will do. Should Theresa May fail to get support from Parliament for her deal by 12th April she must give a decision whether to accept a long extension or leave with no deal. As the UK moved back from the brink of a no deal Brexit the pound picked up.

The euro was also broadly lower in the previous session, albeit trading stronger than the pound. The European Central Bank’s economic bulletin highlighted a continued sense of caution among ECB policy makers. Concerns over growth and muted inflation dominated. The ECB are unlikely to consider tightening monetary policy whilst inflation is lacklustre and growth momentum slowing. There could be more of a case of rate cut than a hike. As investors pushed back interest rate hike expectations the euro fell.

Today sees a slew of data released from the eurozone. The most closely watched figures will be German and eurozone manufacturing pmis. In both Germany and the eurozone, manufacturing activity contracted in February as a slowing global economy and Brexit hit foreign demand. Analysts predict a slight pick up in activity from the previous month, but for the sector to have contracted again.