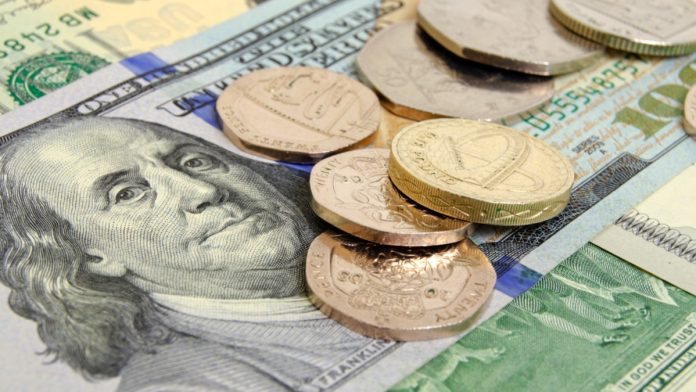 The pound dropped to its lowest level of the week versus the dollar. Strong US data and growing concerns over Brexit pushed the pound US dollar exchange rate to a low of US$1.3098.

The pound came under pressure following soft economic and gloomy Brexit news. The UK service sector PMI unexpectedly jumped to 51.3 in February, up from 50.1 the previous month. Whilst this was better than what analysts had been forecasting, drilling down into the numbers and the picture was far from rosy. Activity in the sector slowed as businesses and consumers put off decisions until after Brexit. Additionally, employment in the dominant service sector grew at the slowest past in 7 years as hiring decisions are being postponed until after 29th March. The weakness in the figures sent the pound lower, despite the headline figure beating analyst forecasts.

Also weighing on the pound are headlines that there would be no imminent break through in Brexit talks. Should UK Prime Minister Theresa May return to Parliament without the promised changes to the Irish backstop arrangement, there is a good chance that her Brexit deal will be defeated again. The Chief whip has said that he isn’t confident on numbers to push the vote through the House of Commons, meaning a second defeat is likely. This mean increased uncertainty for Brexit, the UK economy and therefore the pound.

The dollar continues to perform well. Data coming from the US on Tuesday pointed to a strong economy. The ISM non-manufacturing data beat analysts’ expectations, at 59.7 in February up from 56.7. New homes sales also beat analyst forecast increasing 3.7%. Analysts had been expecting a decline of -8.7%. The strong data shows that the US economy is still growing despite concerns over global growth.

Investors will look towards Friday’s US jobs data for confirmation that the US labour market is still strong. Today the ADP report usually gives an indication as to the health of the labour market.

Investors will also keep an eye on developments in North Korea. Kim Jong Un is rebuilding missile test sites after the break down in talks with the US. Whilst this is not currently being viewed as a threat by investors, history has told us that it can escalate quickly. In this scenario the dollar would benefit from its safe haven status.