Home EUR Euro Shows No Sign of Slowing Against the Pound 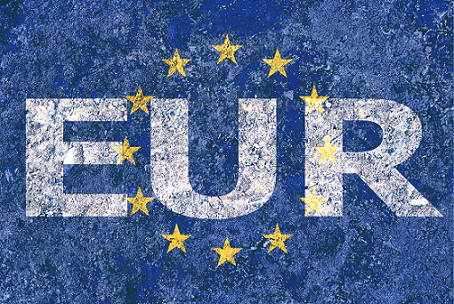 The thriving euro continued to pull the pound euro exchange rate lower in the previous session. The exchange rate dropped 0.4% to €1.1037 as investors brushed off weaker than expected data from Germany and instead focused on more depressing news being released from the UK.

The pound swiftly lost ground in the previous session, as investors were less than impressed by a reported slowdown in the UK housing sector. The Halifax house price index showed house prices increased at the weakest pace since 2013. Under normal circumstances this indicator wouldn’t attract too much attention. However, in this news quiet week, in the middle of summer, there is little else to distract traders.

Currency traders are not concerned with house prices, but the slowdown in house prices highlights concerns over consumer confidence, which has been hit by Brexit uncertainty. When consumers lose confidence they spend less. This is bad news for the UK economy, which is so reliant on the consumer spending.

Looking ahead British Retail Consortium (BRC) retail sales will give investors another clue as to how consumers are bearing up in difficult conditions. Analysts have pencilled in a 0.6% increase in the value of retail sales year on year. This represents a slowdown from the 1.2% increase in value in the previous month. Investors usually pay attention to retail sales data as it can be an early indication for inflation. A weaker than forecast figure could see the pound sink lower versus the euro.

Meanwhile the euro continues to boom. The euro is the strongest performer of the 10 most traded currencies so far this year. Investors have been buying into the euro after encouraging eurozone data and hopes that the European Central Bank (ECB) will start tightening monetary policy soon.

Not even weaker than forecasted industrial production figures from Germany, dampened investor appetite for the currency. As investors are well aware, one month of weak data doesn’t mean the economy is slowing. However, the markets may not be so forgiving should other German data today and later in the week also miss the mark. Germany is considered the powerhouse of Europe, therefore any slowing of the German economy doesn’t bode well for the wider eurozone economy.