Home GBP GBP/USD: Will UK Jobs Data Lift The Pound To $1.30 Versus Dollar? 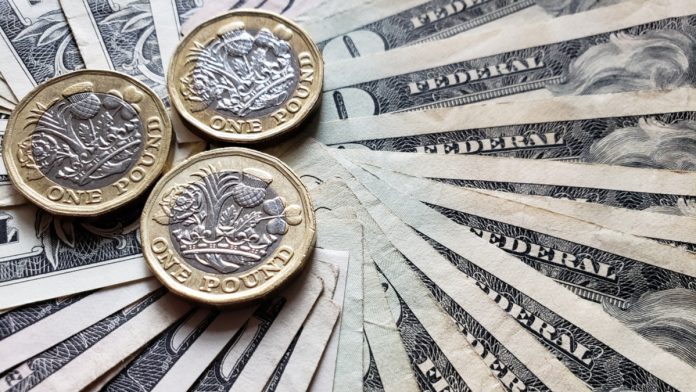 The pound moved higher again versus the dollar on Monday, hitting a peak of US$1.2939. Brexit concerns are still weighing on the pound. However, the dollar moved up as hopes of a US — Sino trade deal increased. The pound has lost ground in early trade on Tuesday dropping back to US$1.29

With no high impacting UK data on Monday, pound investors focused solely on Brexit on UK politics. Talks between the UK Brexit Secretary and Chief EU negotiator Michel Barnier have still not produced any results.

The big political news for the day was that of a breakaway party from the UK’s main opposition party. Whilst breakaway parties are rare from the main political parties, they are not necessarily damaging for the pound. This may not be the case this time round. This is because the breakaway group called the Independent Group are against Labour leader Jeremy Corbyn and in favour of a second referendum. Any move towards a second referendum could be associated with this party, making it difficult for Labour to now support such a movement. This could therefore be a fatal blow for the second referendum movement which is negative for the pound.

The pound moved lower on the announcement that Honda will close its UK plant. Honda join a growing list of companies leaving the UK over Brexit.

Today pound traders will have a distraction from Brexit with the release of UK jobs data. Analysts are expecting unemployment to remain at multi decade lows of 4%. More importantly UK average earnings are expected to have increased to 3.5% in December, up from 3.4% in the three months to November.

The dollar edged lower in the previous session as trade talk optimism helped sentiment. When geopolitical tensions increase investors often look towards the dollar as a safer bet. However, as tensions ease, as they have between the US and China, investors move out of the safe dollar. The US stock market was closed on Monday keeping movements in the dollar more muted than usual.

There is no high impacting US data due for release today. Instead investors will look towards Fed official Mester who will speak out on the US economic outlook and monetary policy. This could give investors a sense of the Fed’s position ahead of the minutes being released on Wednesday from the Fed’s January meeting. The Fed is adopting a more cautious approach to hiking rates so far this year, which could drag the dollar lower.