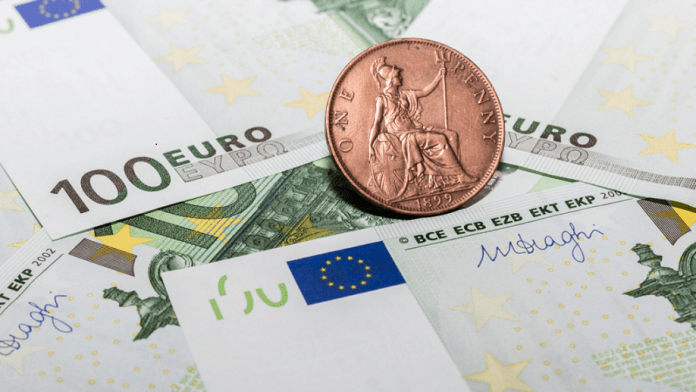 The pound-euro exchange rate closed the session at roughly the same level that it started the session on Thursday. Whilst Brexit uncertainties continued to drag the pound lower, concerns over the European Central Bank’s ability to raise interest rates weighed on the euro.

The pound was out of favour as Brexit dominated headlines. Japanese Prime Minister Shinzo Abe met with UK Prime Minister Theresa May in the previous session and publicly expressed Japan’s desire, that the UK avoided a no deal Brexit. Mr Abe’s support is unlikely to help Theresa May’s deal across the line.

Should Parliament not support Theresa May’s deal, there is a chance that the UK could crash out of the EU without a deal. This remains the default option, even though a majority in Parliament supported a motion which is designed to reduce the probability of a no deal Brexit.

Today the Brexit debate continues in Parliament. However, the UK economic calendar is fuller providing some distraction to investors. Analysts are expecting manufacturing and industrial production to have declined by less in November than in October. Analysts are predicting that UK GDP will have increased by just 0.3% in the three months to November, down from 0.4%. The weaker reading could dent already fragile support for the pound.

Doubts Raised Over ECB Hiking Later In The Year

The euro was also out of favour in the previous session following the release of the minutes from the latest European Central Bank [ECB) monetary policy meeting. The minutes showed that the ECB considered the risks to economic growth are starting to mount to the downside. The policymakers consider the economy to be fragile and fluid.

Given the more cautious tone from the ECB, investors are doubting whether the central bank will be able to hike rates as planned later in the year. As market participants perceived probability of a rate hike declined, the value of the euro also took a hit.

Today there is no eurozone economic data for investors to digest. This means that he euro will be trading at the will of the pound.