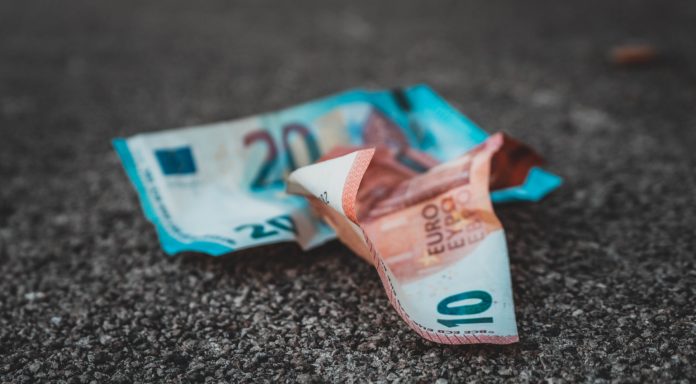 Euro strength thanks to dollar weakness and a cautious Bank of England sent the pound lower versus the euro on Thursday. The pound euro exchange rate tumbled to a nadir of 1.1046 in early trade before attempting to claw back ground across the day.

It has been a busy week for pound traders and the data was still flowing on Thursday. First UK retail sales came in much higher than analysts were expecting. Retail sales grew by 3.8% year on year in November, well up on the 2.3% predicted. The jump was in part due to a strong boost received from Black Friday sales. As wages rise and inflation falls the UK consumer is under less pressure. This has enabled them to spend which is good for the economy and points to higher inflation down the line. News that could encourage the BoE to hike rates sooner rather than later.

However, the BoE made it clear that Brexit uncertainty was preventing them from taking any action. Policymakers voted unanimously to keep rates on hold. The central bank also warned that Brexit uncertainties had “intensified” over the past month. With no idea as to whether the UK was going to crash out of the EU without a deal, or whether it would leave in a more orderly fashion, the BoE gave no guidance as to how data was shaping monetary policy. A very unusual move by the BoE. However, with no idea what Brexit will look like, planning monetary policy is close to impossible.

Public sector net borrowing will be in focus today. Analysts are forecast a drop from £8 billion to £7 billion in November.

Can Euro Remain Firm Ahead of Consumer Confidence Data?

The euro was in favour on Thursday owing the selloff in the dollar. The euro trades inversely to the dollar. This means that when the dollar moves lower the euro tends to move higher. The dollar was moving lower following the Federal Reserve’s policy announcement on Wednesday evening.

Euro traders will now look towards the GFK Consumer confidence data. Analysts are forecasting that confidence will drop again in January after declining more than expected the previous month.