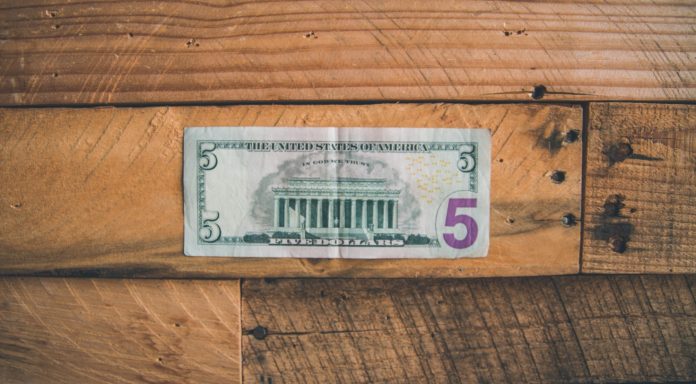 The pound US dollar exchange rate dropped below the key level of US$1.28 on Tuesday. Mixed Brexit news and a stronger dollar took the pair to a four-day low.

Bank of England (BoE) Governor Mark Carney offered some support to the pound when he appeared before the Treasury Select Committee. Mark Carney said that he believed that the UK would secure a smooth transition period. Furthermore, he said he supported Theresa May’s Brexit deal as he believed it would be broadly supportive of the UK economy. Specifically, Mark Carney noted that he believed the deal would boost investment and clear much of the uncertainty surrounding Brexit.

Any optimism following Mark Carney’s comments quickly disappeared as doubts over the DUP’s support for Theresa May surfaced again. The DUP is the Irish party whose votes Theresa May depends on to push decisions through Parliament. There support will be necessary for the Brexit deal to go through Parliament. However growing tensions is making a supportive vote from the DUP increasingly unlikely putting the Brexit deal at risk and making a disorderly Brexit more likely.

The UK economic calendar is light across the week. On Tuesday, investors shrugged off data from the Confederation of British Industry which showed an unexpected increase in manufacturing. Usually strong data would lift the pound, however market participants are very aware that continued strength in manufacturing would depend on a Brexit deal.

Dollar Rebounds After Heavy Sell Off

Demand for the dollar was strong on Tuesday. The dollar rebounded in the previous session, benefitting from its safe haven status. US — China trade tensions continue; political risk in Europe remains elevated with Italy and Brexit and concerns are growing over slowing global growth. These factors combined means sentiment is weak and investors are searching for safer investments.

Today durable goods data will be in focus. Analysts expect durable goods orders to have fallen in October by -2.5% compared to an increase of 0.7% in September. Analysts are attributing the fall to a decline in government defence spending. Economic data from the US on the whole remains strong, therefore even if the data is weak it may not have a huge impact on the dollar.