Home GBP GBP/EUR: Pound Steadies After Heavy Fall vs. Euro As May Vows To... 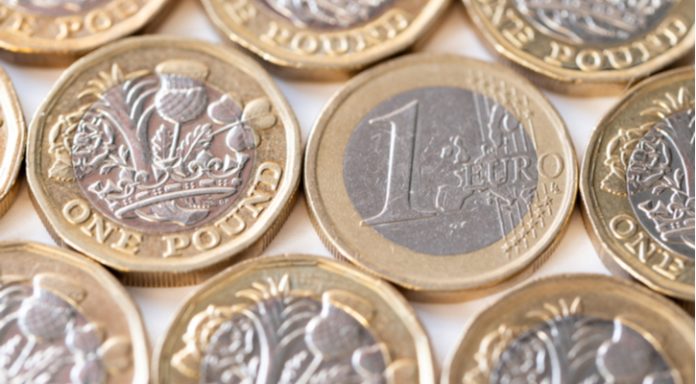 As Theresa May’s political life hangs in the balance the pound tumbled versus the euro. The pound euro exchange rate hit a depth of €1.1251 in the previous session, a drop of 2%, before rising slightly into the close and again this morning.

Pressure continued to mount on Theresa May in the previous session. After a 5-hour gruelling cabinet meeting earlier in the week Theresa May managed to get her cabinets approval for the Brexit deal. However, the pound tumbled the following day as two cabinet ministers, including Brexit secretary Dominic Raab handed in letters of resignation in reaction to the deal.

A large number of Conservative MP’s are rumoured to have handed letters of no confidence to the Chairman of the 1922 Committee. Should the Chairman receive 48 letters then a vote of no confidence will be triggered. This is making pound traders very nervous. Time is short and if Theresa May goes, the chances of a Brexit deal going through are greatly reduced. Top business leaders and leading economists have frequently voiced their concerns of the impact of a disorderly no deal Brexit. Any signs that Theresa May could be on her way out and the Brexit deal could come to a grinding halt could continue to weigh on the pound.

Today there is no high impacting UK economic data. The focus will remain squarely on the Theresa May and her ability to cling onto power.

Italy To Work With Brussels To Avoid Fines

The euro moved higher in the previous session as investors concerns over Italy eased. Reports that the Italian populist prime minister Giuseppe Conte was looking to work with the EU over his government’s budget for 2019 encouraged investors to by into the euro. So far the EU had rejected the Italian government’s budget for flouting EU spending rules. The move by the Italian government was an attempt to avoid massive fines which will be the consequence of ignoring the rules set out by the European Commission.

Today investors will be watching eurozone inflation data. Analysts are expecting CPI to have increased to 2.2% on a yearly basis, up from 2.1% in September. However, on a monthly basis analyst are expecting inflation to have fallen in the eurozone. Should this be the case it could dampen demand for the single currency. Weaker inflation makes it less probable that the central bank will hike interest rates.