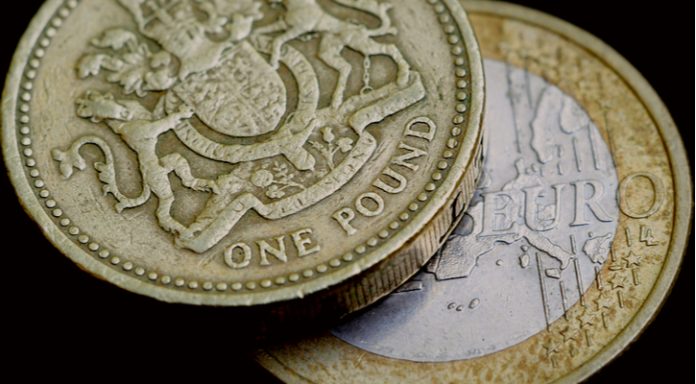 The pound traded evenly versus the euro on Wednesday. With both the pound and the euro in demand, the two currency pairs were evenly matched. The pound euro exchange rate ended the previous session at €1.1482, close to its six-month high.

Hopes of a Brexit deal, in addition to housing data that beat analysts’ forecasts boosted demand for the pound. Rumours have been circulating throughout the week that a Brexit deal is just days away from being completed. Even following denials from both the UK Prime Minister’s office and from EU Chief negotiator Michel Barnier, the rumours have continued. Leading economists and business leaders have continually stated the damage that they believe a no deal Brexit would cause the UK economy. Therefore, on any suggestions that a deal is close to being achieved, the pound rallies.

The house price report from the Halifax also supported the pound. The Halifax housing report showed that house prices increased by more than what analysts were expecting in October, despite this being close to a five year low. Whilst pound traders are not directly interested in the price of houses, the fact that the UK consumer is willing to pay more for a house than what analysts predicted shows a higher level of consumer confidence. This is encouraging for the pound.

Today with little on the UK economic calendar, Brexit will however remain the key driver for the pound.

Demand for the euro was strong in the previous session. A Democrat win for the House of Representatives in the US midterm elections dragged the US dollar lower. Given that the euro tends to trade inversely to the US dollar, the euro rallied.

The single currency was also supported by encouraging economic data. Firstly German Industrial production grew by 0.8% year on year in September. This was ahead of the 0.5% estimated by analysts and also a marked improvement on Augusts’ -0.1% decline. The stronger numbers boosted the euro.