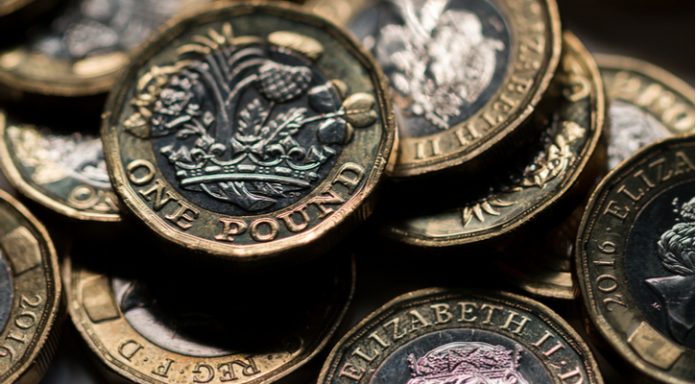 The pound faired better versus the weaker euro than it did its other peers. That said it still grinded lower across the session hitting a nadir of €1.1291.

The pound came under renewed selling pressure in the previous session. UK Prime Minister Theresa May was fighting for her political life for the second time in a matter of months. Pressure was mounting on Theresa May after she confirmed that she was willing to extend the Brexit transition period. Members of her party, not just Eurosceptics were increasingly against her plans. A challenge to her leadership expected in the coming weeks.

In the latest chapter of the ongoing Brexit saga, the DUP are set to side with UK Conservative backbenchers rather than Theresa May. The DUP are the Northern Irish party, upon whom Theresa May relies to prop up her government. This latest twist shows just how fragile Theresa May’s position is. Perhaps one of the only points in Theresa May’s favour is timing. Given how close Brexit is, it would be extremely risky to oust the Prime Minister.

There is no high impacting UK data due for release today. Therefore, investors will continue to focus on domestic politics and Brexit developments. A report from Theresa May that the EU are actively working on an EU UK customs area could help to underpin the pound.

The euro was broadly weaker in the previous session as the Italian spending fiasco stepped up a gear. The defiant Italian government responded to Brussels criticism of its budget proposal by insisting that it will not change its budget plan. The Italian economics minister Giovanni Tria insisted that the heavy spending in the Italian budget was necessary to restart growth in the eurozone’s third largest economy following 10 years of economic stagnation.

The fact that Rome has every intention of pressing ahead with its budget that defies EU fiscal rules unnerved euro buyers. Analysts widely expect that today; the EU will take the unprecedented measure of requesting that Italy draw up another budget proposal. They will have three weeks to do so meaning this game of chicken won’t end here.