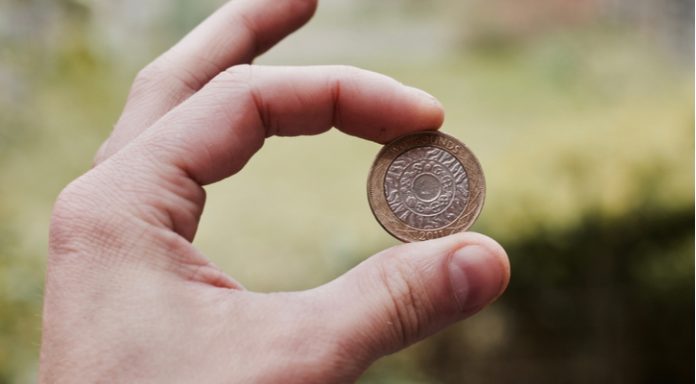 The pound surged through US$1.32 versus the dollar on Tuesday. The pound US dollar exchange rate hit a high of US$1.3236 on dollar weakness and pound strength. This was the highest level that the pound has traded at versus the dollar since Friday. However, the pair was unable to maintain the highs and fell lower towards the close.

Whilst analysts had been expecting Brexit developments to drive movement in the pound, UK jobs data stole the spotlight. Data showed that UK wages increased at the fastest pace in almost a decade. UK earnings excluding bonuses climbed to 3.1% in the three months to August. Unemployment remained at multi decade lows of 4%.

The strong wage data shows that there are still some bright spots in the UK economy, which is otherwise suffering under Brexit uncertainty. The faster pace of earning growth could encourage the Bank of England to raise interest rates at a quicker pace to prevent inflation from rising too high. Higher interest rate levels make holding sterling more profitable, encouraging investors to buy into the pound.

However, the gains in the pound were capped as Brexit nerves continued to weigh on demand for the currency. A Brexit deal at tomorrow’’s EU Leaders summit is not expected, instead December is starting to look like a more realistic data, if one happens at all.

The rally in the pound could be short lived as investors turn their attention to UK inflation data. Analysts are expecting the consumer price index (CPI) to tick lower to 2.1% in September from 2% in August.

Fed Minutes to Boost the Dollar?

Dollar demand was weak for most of the session on Tuesday. However, investors started buying back into the dollar as the minutes from the Federal Reserve’s latest policy committee meeting moved into focus. The minutes come from the meeting where the Fed hiked interest rates for the third time this year and signalled another hike would be coming before the end of the year. Given the hawkish moves by the Fed at the meeting, analysts are expecting the minutes to show the Fed’s upbeat attitude towards the US economy and more aggressive tone towards tightening monetary policy. Should this be the case, the dollar could rally higher.