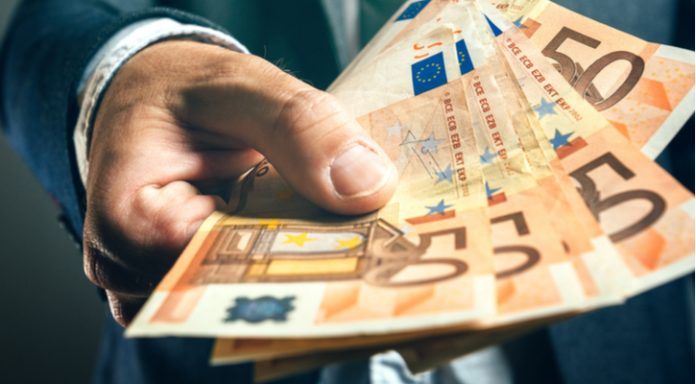 An impassioned speech from UK Prime Minister Theresa May, defending her Brexit plan boosted the pound versus the euro on Wednesday. Meanwhile the Italian budget update satisfied investors for the time being. As a result, the pound euro exchange rate climbed northwards, hitting a high of €1.1287.

Theresa May vehemently defended her Brexit Chequers plan in the previous session. On the final day of the UK Conservative party annual conference the Prime Minister unveiled her updated version after Brussels dismissed the original. In the eyes of the markets this is a step in the right direction. The test now is whether Brussels are willing to accept the adjusted proposals and more importantly, whether the DUP will agree to them. Without the support of the DUP Theresa May could struggle to get any Brexit deal through the UK Parliament. Pound investors focused on the positives and optimism of an orderly Brexit boosted the pound.

Brexit optimism overshadowed unimpressive UK service sector data. The service sector PMI ticked lower than analysts had been expecting in September. A print of 53.9 was lower than the 54 that analysts had pencilled in. It was also a fall from the 54.5 reading in August. The lower figure combined with a lower construction pmi suggests that the UK economy is grinding slower as uncertainty over Brexit is impacting on the economy.

There is no high impacting UK data due for release today. Investors will look towards further Brexit headlines for direction.

The euro traded broadly flat versus its peers on Wednesday. Disappointing economic data was cancelled out by optimism over Italy’s budget plan. Fears over the state of spending in Italy and the potential for another debt crisis had been weighing on demand for the common currency. However, reports that Rome is looking to bring the budget deficit down to 2% in 2020 helped ease those fears, boosting demand for the euro.