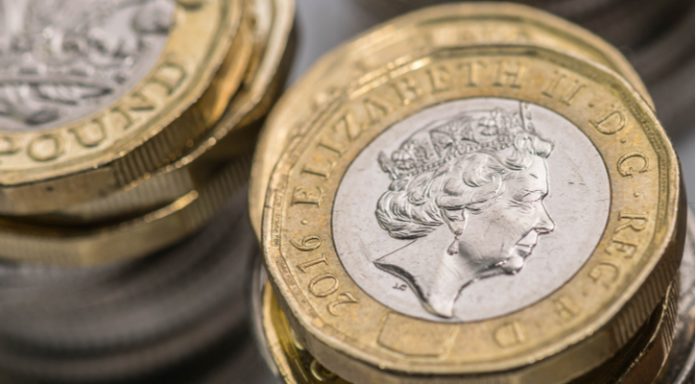 The pound’s surge following a jump in consumer inflation was short lived on Wednesday, as Brexit concerns quickly took centre stage. The pound finished the session lower versus the dollar at US$1.3140, despite hitting a peak of $1.3213 earlier in the session.

Consumer inflation unexpectedly increasing sent the pound northwards in the previous session. Inflation, as measured by consumer price index, surged 2.7% in August, ahead of July’s 2.5% and significantly above the dip to 2.4% that analysts had been expecting. The increase in prices were mainly due to increases in airfares, computer games and clothes.

Rising prices supported the Bank of England’s decision to raise interest rates last month. The central bank is attempting to cool to slow rising prices which has been on the increase since Brexit devalued the pound. Higher inflation lifted the pound, this is because the central bank is more likely to raise interest rates when inflation is elevated above the target level..

It is also worth mentioning that inflation levels can experience volatility from month to month. On the whole, analysts still believe that inflation will resume its downwards path heading towards the BoE’s target of 2%.

The pound’s spike higher following inflation figures was short lived as Brexit fears quickly dominated investor sentiment. Reports circulated that UK Prime Minister Theresa May will reject EU Chief Negotiator Michel Barnier’s improved offer for the Irish border issue. The Irish board is one of the last remaining sticking points to a Brexit deal being achieved and ensuring that the UK avoids a disorderly exit from the EU. Theresa May’s reaction has not lifted optimism that a deal will be done. Fears of a disorderly, hard, no deal Brexit sent the pound lower.

The dollar was broadly slightly out of favour versus its peers in the previous session as investors continued to digest trade tension developments. The latest tit for tat measures from China were not as severe as investors had been anticipating, allowing investors to move forward relatively quickly without the need for the dollar’s safe haven. However, the Chinese are unlikely to head to further trade talks under the current climate, which means that the trade tensions could continue into next year.

Dollar investors will switch their attention back to the economic calendar on Thursday, with initial jobless claims and home sales under the spotlight. Better than forecast readings could help lift the dollar.