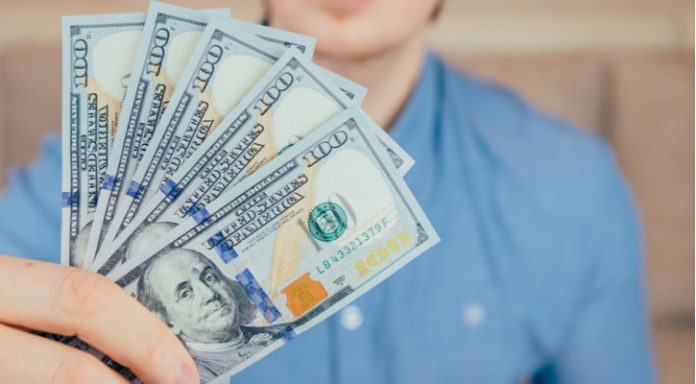 Cautious Brexit optimism, US political uncertainty and some concerns from the Federal Reserve, sent the pound US dollar exchange rate to a peak of US$1.2936. This is a fresh two week high for the pound versus the dollar.

The pound was in demand on Wednesday as investor optimism towards Brexit crept higher. A quiet UK economic calendar has meant that investors are focused on Brexit developments. Whilst concerns of a no deal Brexit dragged the pound lower over the past few weeks, faint hopes that the the UK and the EU will manage to put a deal together are starting to appear and lift the pound.

UK Brexit Secretary Dominic Raab sounded confident that a Brexit deal will be in place by mid-October. The Brussels have said that they believe a deal will be achieved around November, slightly after the self-imposed deadline but still within an acceptable margin. These comments have given investors a glimmer of hope that the UK might not come crashing out of the EU without an agreement.

Today investors will continue to watch Brexit development. Sales data from the Confederation of British Industry will always provide a distraction. Analysts are expecting retail sales to have declined in August after July’s impressive figures owing to the hot weather and England’s success in the World Cup. Should the numbers disappoint, the pound could drop lower.

Fed Fret Over Next Recession

The dollar was under pressure in the previous session. Political risk stemming from the conviction of Trump’s campaign chairman and the guilty plea of Trump’s former lawyer in addition to the implication of the President himself, have unnerved investors.

Pressure on the dollar then increased after the release of the Federal Open Monetary Committee (FOMC) minutes from the meeting at the end of July. The minutes showed that Fed policy makers were confident that strong economic growth will continue at least for the months to come. They also said that they believe that another hike could be required soon. However, policymakers at the Fed then turned their attention to an in-depth discussion about how effective their current tools would be should a major recession strike. A number of key risks were flagged in the discussion such as the developing trade war and recession signals from the bond market. This hit sentiment in general and pulled the dollar lower.

Today investors will look towards the start of the Jackson Hole Symposium in Wyoming for further details from Fed policy makers and central bankers. Jerome Powell will speak on Friday.