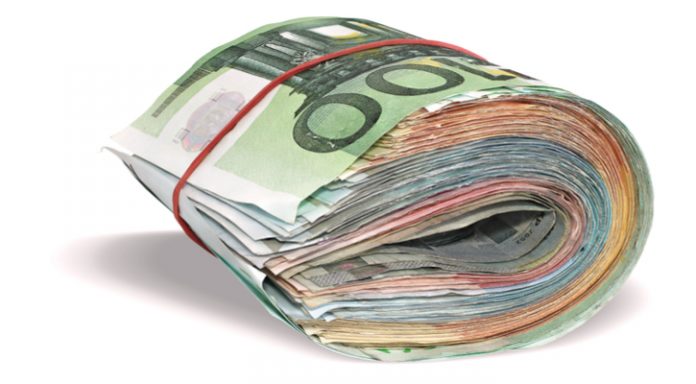 The pound moved higher versus the euro in early trading on Tuesday, hitting a peak of €1.1172, before edging lower towards the close.

The pound shot higher following the release of data that showed that the UK government surplus reached the highest level in 18 years. Thanks to a reduction in borrowing and increased tax receipts, the British Treasury collected £2.2 billion more than it spent during the month. This is almost double what city analysts had been forecasting.

Whilst there were some temporary factors boosting the surplus, the fact that total tax receipts were up 4.5%, indicates that there were also more permanent improvements in public finances. The surplus has come just in time for UK Chancellor Philip Hammond, giving him more leeway for spending in the Autumn Budget, ahead of Brexit.

Encouraging headlines from the Brexit talks also supported the pound as UK Brexit Secretary Dominic Raab resumed talks with EU Chief Negotiator Michel Barnier.Mr Barnier announced that the talks had entered the final stage and that both parties were optimistic that a deal could be in place well before the end of the year. As concerns over a hard, no deal Brexit receded, the pound gained strength.

With a very quiet UK economic calendar for the remainder of the week market participants will look towards Brexit headlines to drive trading.

The mood towards the euro was strong in the previous session. However, this was more to do with a sharply weaker dollar than any eurozone news The euro often trades inversely to the US dollar and the dollar dived as US President Trump, once again, criticised the Federal Reserve for hiking rates. In the same interview where Trump said he was “not thrilled” with the Fed lifting interest rates, he also accused China and the EU of manipulating their currency. The dollar fell strongly on President Trump’s desire for a softer greenback.

Today the eurozone economic calendar remains quiet, with investors looking towards a barrage of PMI data on Thursday.