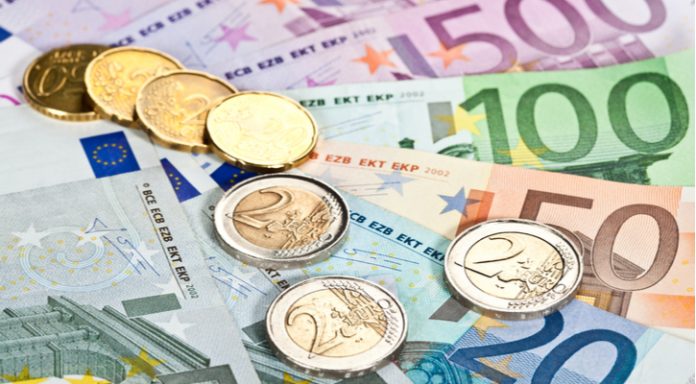 Reassurance from the government that EU migrants can stay in the UK in the case of a no deal Brexit, boosted the pound on Monday. The pound moved marginally higher versus the euro to a peak of €1.1186, before is pulled back towards the close.

A government paper stating that the UK government will provide EU immigrants with a unilateral right to stay in the UK, even in the case of no Brexit deal, boosted the pound in the previous session. The decision was taken amid growing concerns that failure to do so would lead to labour shortages in both the public and the private sector. Insufficient workers to support economic activity could lead to the economy slowing and is one of the big concerns that economists voice when discussing the impact of significantly lower immigration or increased emigration. Therefore, news that EU immigrants will have the right to stay, in a no deal Brexit, which is looking increasingly likely, is good news for the UK economy and therefore good news for the pound.

Brexit will continue to take centre stage for pound traders as EU Chief negotiator Michel Barnier and UK Brexit Secretary Dominic Raab meet. Headlines pointing to the increased likelihood of a no deal hard Brexit could weigh on the pound.

Today there is also some mid tier data which could attract the attention of market participants, which comes in the form of public sector net borrowing figures. Analysts are expecting the government’s books to show a smaller deficit in July.

Demand for the euro was softer at the beginning of the new week as the Turkish lira crisis remained in focus. The Turkish lira was falling again which is reviving concerns of contagion. Despite funding and currency support from Qatar the lira was down over 2%, although it has picked up from the lows reached last week.

The lira’s decline in the previous session comes after credit ratings S&P and Moody’s both downgraded Turkish debt further into junk status. This means that the cost of servicing the debt increases adding further pressure the Turkey’s financial system.

The fear remains that a devaluation of around 19% across August so far for the lira, could see Turkish corporates with foreign struggle to repay loans. This means the banks with the bad loans, which are mainly European could take a large hit, making investors nervous.

Turkish markets are closed now for the rest of the week for a public holiday, meaning any new policy from the Turkish government is unlikely.