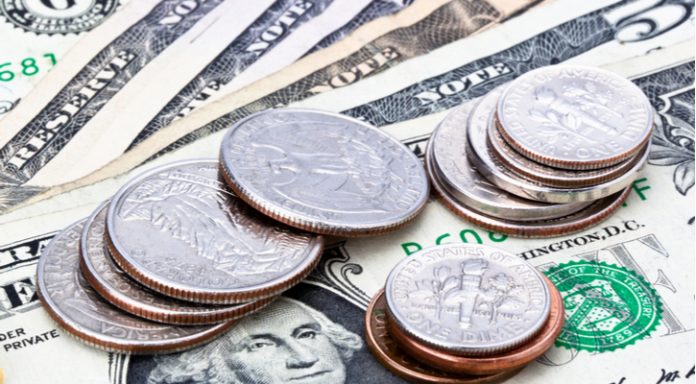 The pound plunged versus the dollar on Thursday, despite the Bank of England (BoE) raising interest rates. The pound US dollar exchange rate hit a nadir of US$1.3014, its lowest level since mid-July. It has continued to fall as Friday’s session begins.

As analysts were expecting, the BoE voted 9-0 to raise interest rates by 0.25% to 0.75% in the previous session. This is the first time in a decade that rates have been over 0.5%. Initially the unanimous move by the monetary policy committee lifted the pound. However, the rally was cut short by a cautious sounding BoE Governor, Mark Carney, in the press conference following the announcement.

Going into the rate announcement, market participants were over 90% confident that the central bank would hike rates. They were also growing in confidence that there would be another hike later this year. Mark Carney dashed those hopes by affirming that Brexit is preventing the central bank from moving again on rates this year. The next rate hike is now expected in August next year. As investors reassessed their interest rate hike expectations lower, the price of the pound dived.

Today investors will look towards the service sector purchasing managers index (pmi). Analysts expect service sector activity to have declined in July to 54.7 from 55.1, where any figure over 50 represents expansion. The service sector is the dominant UK sector and is responsible for over 80% of economic activity. Therefore, a slight decrease can have an impact on economic growth. A weak reading could send the pound lower.

The dollar rallied strongly across the board in the previous session on fears of an escalation in the US — China trade war. Earlier in the week President Trump had announced that he was considering increasing the 10% tariffs to 25% tariffs on US$200 billion worth of Chinese imports. On Thursday China warned that they would retaliate against such a move. This is the clearest sign yet that the trade war not about to end and could in fact just be beginning.

Today is the release of the US jobs report. The most watched report across the month. Analysts are expecting 190,00 jobs to have been created in July, unemployment to tick back down to 3.9% and wage growth to have increased 2.7% year on year. Any deviation from these numbers could create volatility in the dollar.