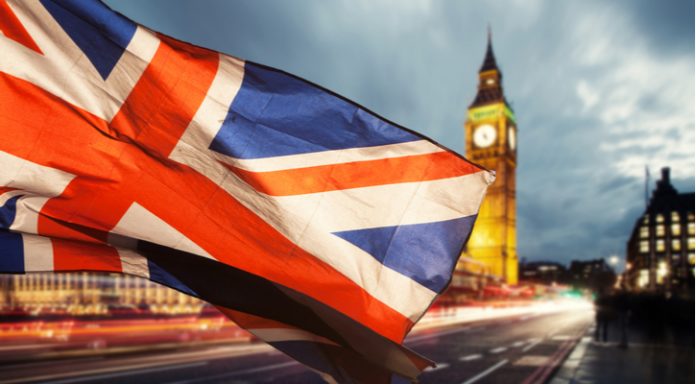 The pound fell versus the euro on Monday, sent lower amid Brexit chaos in the UK government. The euro, on the other hand, received a boost from European Central Bank President Mario Draghi, sending the pound euro exchange rate to a low of €1.1243 before it recovered some lost ground into the close.

UK Prime Minister Theresa May was struggling to control the fallout from Friday’s cabinet meeting, where she changed the UK’s Brexit stance to one which was more aligned to the EU. The pound initially reacted well, as a softer Brexit is more beneficial to UK businesses and therefore the UK economy.

The pound remained resilient when UK Brexit Secretary David Davis resigned from Theresa May’s government in the early hours of Monday. However, the pound plunged when Foreign Secretary Boris Johnson handed in his resignation. This is because Boris Johnson could be considered an alternative leader to the Conservative party, should Theresa May face a vote of no confidence. The increased political risk sent the pound plummeting.

Theresa May is defiantly clinging on to power. The next few days will be crucial for Theresa May if she is going to see off political rivals. However, what is clear is that she won’t be stepping down of her own accord.

Today the economic calendar fills up slightly giving investors a slight distraction from Brexit developments. In the absence of fresh headlines from Downing Street, industrial and manufacturing production could create some volatility.

The ECB President Mario Draghi boosted the euro after speaking confidently about the health of the eurozone economy. Draghi assured lawmakers at the European Parliament that stimulus measures employed by ECB had been very effective in boosting growth and inflation in the eurozone. Draghi continued that he believed that growth and inflation remain on target to hit 1.9% each by 2020. This news boosted investor optimism that a rate rise could be on the way sooner rather than later.

Today market participants will look towards ZEW German sentiment data. Economic sentiment slumped in June to its lowest level since 2012 as fears over trade conditions and stability in Italy weighed on businesses. Analysts expect German economic sentiment to fall again in July as trade war fears increased. This could pull the euro lower.