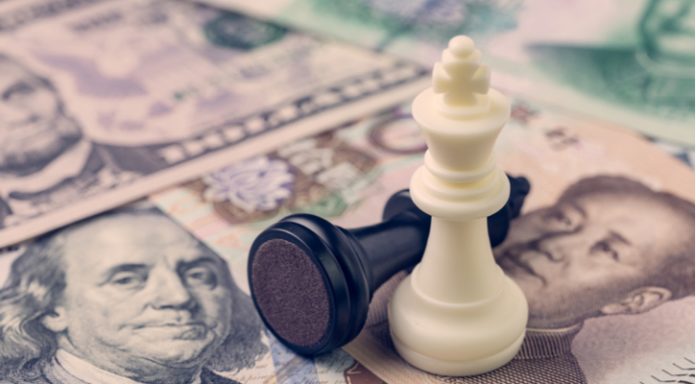 The pound pushed higher versus the dollar for the third straight session on Friday. The pound US dollar exchange rate climbed 0.3% to US$1.3348. This resulted in a weekly gain of 0.3% for the pair, as the pound claws back from a recent 6 month low versus the dollar.

UK manufacturing surprised investors and analysts by activity in the sector increasing more than market participants had been expecting. Manufacturing continued to rebound from a 17-month low in March. The Purchasing Managers Index (PMI) increased to 53.4, up from 52.9 in April. The stronger than forecast number lifted the pound.

However, scratching beneath the surface and the figures are not quite as rosy as they first appear. The increased production contributed towards an increase in unsold stock rather than to fulfil orders. New orders were at an 11-month low, which doesn’t bode well for the sector.

Today investors will continue to focus on purchasing managers index, but this time for the construction industry. Activity in the construction sector rebounded in April after a very weak March. Analysts are anticipating a reading of 52.5, whereby anything over 50 indicates expansion in the sector. Should the reading beat analysts forecasts the pound could rally.

The dollar is seem kicking the new week off slightly out of favour as fresh fears over trade war fears emerge. At the end of last week, the Trump administration announced that negotiations between the US and its closest allies, Canada, Mexico and EU had failed. This means that the US was ready to levy trade tariffs on its closest allies.

Yet despite the trade concerns, strong US jobs data kept the dollar buoyant at the end of last week. 223,000 jobs were created in May in US, well above analyst’s expectations of 200,000. Furthermore, the level of unemployment unexpectedly dropped to an 18 year low of 3.8%.

Over the weekend, trade talks with China have also concluded without any deal, bringing the US and China a step closer to tariffs and making a global trade war increasingly more likely. As a result, the dollar is dropping. Market participants consider that the trade war will be detrimental for US trade and therefore the US economy.