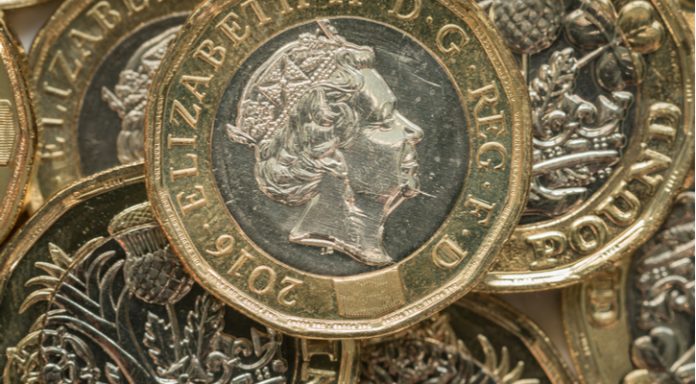 The pound US dollar exchange rate did not experience big moves on Monday, given that both the UK and the US were on an extended weekend break. The pound ended the session more or less flat against the US dollar, hovering around 5-month lows at $1.3310.

Market participants are struggling to find motives to buy into the pound recently. UK economic data has been particularly poor over the past 6 weeks which has led the Bank of England to have a cautious tone. A rate hike in May was ruled out and as inflation continues to drop closer to the central bank’s 2% target, investors are starting to doubt whether a rate hike in August will be possible.

Poor data and a dovish Bank of England (BoE) aside, Brexit jitters and political risk are also weighing on demand for the pound. UK Prime Minister has suggested that the UK remains part of the EU customs union until 2023, should the UK not be able to arrange the Irish border issue and trade deals before the 2019 cut off. However, her suggestion has rocked the UK Conservative Party causing yet more infighting. Brexit hardliners, including back bencher Rees-Mogg has raised doubts over whether Theresa May’s government really wants to leave the EU, with some political analyst’s suggestion that Theresa May could be pushed out before Brexit in 2019.

Busy US Economic Calendar Ahead

After a quiet start to the week, the US dollar will be heavily in focus this week. The US economic calendar is brimming with high impacting US releases, with one scheduled for every day of the week. Today US Consumer confidence will be under the spotlight. Analysts are expecting confidence to have fallen slightly, as geopolitical tensions remain, particularly concerning trade issues with China and the now doubtful Summit with North Korea. However, confidence is still near a multiyear high.

Looking ahead, US Gross Domestic Product (GDP) is due for release on Wednesday, followed by inflation figures on Thursday and the closely watched US non-farm payrolls on Friday.