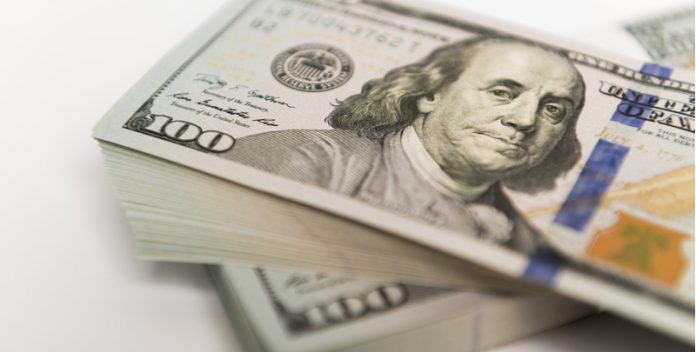 Movements on the pound US dollar pair were limited on Monday, as invested contended with a public holiday in the UK and a very sparse US economic calendar. The pound managed to move 0.2% higher versus the US dollar, taking the pound dollar exchange rate to a high of US$1.3575 in a rather dull session.

The pound has been under pressure over the last month as disappointing UK economic data has dampened investor optimism of an interest rate hike from the Bank of England (BoE) at the May meeting. Just one month ago market participants had been assuming an almost 90% probability of the central bank hiking interest rates when they give their rate decision on Thursday. However, after a barrage of data that consistently was lower than analyst expected, any hike in rates looks highly unlikely.

There was no UK economic data for market participants to focus on in the previous session. Instead the pound traded to a backdrop of infighting within the UK government over Brexit. The hard-line Brexiters in UK Prime Minister Theresa May’s party are fiercely against a proposed customs partnership with the EU. Such a partnership between the UK and the EU would also provided a solution to the Irish border problem, which so far is unresolved. Increased infighting in the party has political analysts questioning whether Theresa May will even make it as Prime Minister to Brexit.

Today the UK economic calendar is rather empty once again with just house price data for traders to focus on, as they keep an eye fixed on Thursday’s Bank of England rate decision.

With no high impacting US economic data, dollar traders watched three Federal Reserve speakers for further clues as to the expected path of interest rate rises in the US. The general theme was that Federal Reserve members are confident that the US economy will continue on its current strong trajectory and are comfortable with the current path of gradual hikes. This helped keep the dollar buoyant.

Today investors will look towards Federal Reserve Chair Jerome Powell who is due to speak. Market participants are particularly interested in any hints from Mr Powell over the prospects of a June rate hike.