Home GBP GBP/USD: Pound Low vs. Dollar Ahead of US Jobs Report 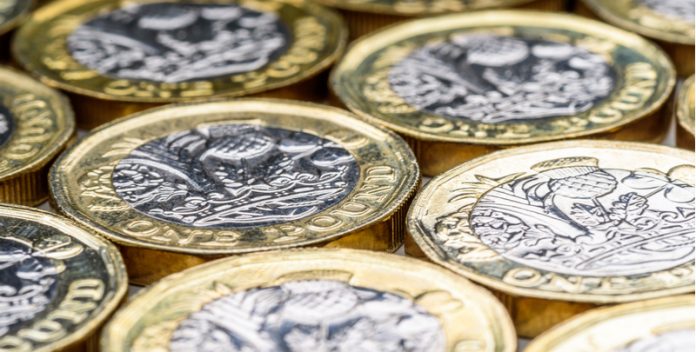 Another piece of disappointing UK economic data helped send the pound lower against the dollar. The pound has tumbled 1.5% versus the dollar so far this week, extending losses of 1.6% in the previous week and a further 1.6% the week before that. The pound US dollar exchange rate hit a fresh four month low at US$1.3538, before rebounding slightly towards the end of the session.

The focus for pound traders this week has been firmly on economic data, more specifically the purchasing managers index (pmi’s). After the manufacturing sector showed a slow down in activity, the construction sector rebounded strongly after a particularly weak March. Investors and analysts were optimistic of a strong rebound in the service sector as well. Service sector activity picked up from Match’s 51.7 to 52.8. However, it was still short of the 53.5 expected by analysts. Given the dominance of the service sector in the UK economy a slightly disappointing figure had a strong impact on the pound.

Data from the UK economy has been much weaker than analysts had been expecting throughout April, pointing to a struggling economy. One month ago, market participants were confident that the Bank of England (BoE) was going to hike rates when it meets next week. This now looks highly improbable. Even so, investors will still watch the BoE report carefully for any clues as to the expected direction of the economy from here.

US dollar weakens ahead of NFP

The US dollar was out of favour on Thursday, albeit slightly less so than the pound. The dollar rallied for its 7th consecutive session versus the pound, despite weaker than forecast growth in the US non-manufacturing sector. The US ISM non-manufacturing figure hit 56.8 in April against 58.2 analysts had pencilled in. Recent international trade tensions were cited as a principal cause of nervousness among business, causing the index to slip. The weaker number weighed on demand for the dollar.

Today the US jobs report will be evaluated for investors to assess the strength of the US labour market and inflationary pressures. Analysts are expecting the number of jobs created to rebound in April to 193,000, up from the unexpectedly sharp drop to 103,000 in March. Meanwhile average earnings growth is expected to remain constant at 2.7%. Strong figures than those anticipated by analysts could lift the dollar higher.