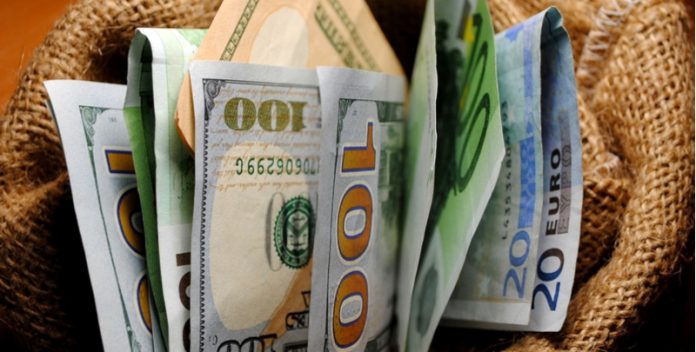 The pound euro exchange rate charged higher on Monday as sterling clawed back losses from the previous week. The pound euro rate hit a peak of €1.1379, its highest level since last Wednesday. However, the rally in the pair was more a story of euro weakness than any particular strength in the pound.

The pound has been under significant pressure recently as poor economic data across the month of April has dampened any hope of the Bank of England (BoE) raising interest rates. Just one month ago investors were putting the probability of an interest rate hike by the central bank at around 89%. One month and a slew of poor economic data later and the market has as good as accepted that the BoE will not be hiking rates this month, when it gives its rate decision on Thursday.

Monday was a bank holiday in the UK, there were no major economic releases for pound traders to focus on. Instead the pound traded to a backdrop of government infighting over Brexit. The topic currently in question is the customs union or a new customs partnership with the EU, which could be used as a solution to the Irish border problem. Whilst the hard line Brexiteers in the Brexit cabinet shot the idea down very quickly, the UK Business Secretary suggested that the idea was still alive and with potential. This latest conflict shows how Theresa May’s government is still very unstable, with some political analysts even suggesting that her government will have collapsed before Brexit.

Today the focus could remain with Brexit developments as the UK economic calendar remains sparse with just house price data for investors to mull over.

The euro traded lower versus most of its peers in the previous session, weak German data fanned concerns over a loss of momentum in the eurozone economy. Germany, the largest economy in Europe reported a sizeable slow down in factory orders on Monday in the latest sign of weakness for the economy. Factory orders declined by 0.9% month on month in March, significantly short of the 0.5% growth that analysts had predicted.

Also weighing on the euro was news that political deadlock in Italy may result in another election. There was no outright winner in the Italian elections in March and no coalition has been formed, with leaders still too far apart. A fresh election in July would be a new risk event for the euro, something euro trades are so far not happy about.