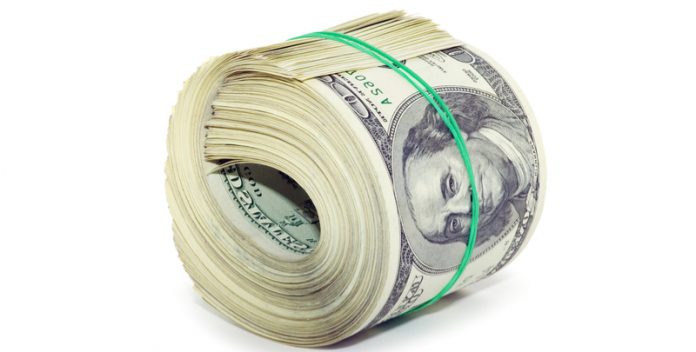 Disappointing UK economic data and cautious comments from Bank of England (BoE) Governor Mark Carney meant the pound plummeted 1.66% versus the dollar in the previous week. The pound hit its highest post Brexit level versus the dollar last Tuesday, only to sink over 370 points to close on Friday at US$1.4002.

High impacting UK data missed analyst expectations across the week. First earnings data remained constant at 2.8% rather than increasing to 3%. Secondly, inflation fell to 2.5% from 2.7%. Finally, retail sales declined -1.2% month on month in March, worse than the -0.6% forecast by analysts. Yet even though the squeeze on the consumer was lifting, with wage growth overtaking inflation, consumers still weren’t spending. The BoE Governor summed up the week by saying that a rate rise was still likely to happen, however Carney didn’t want to get “too focused on the precise timing”. The pound plummeted as market participants pushed the odds of a rate hike back.

Data will remain in focus for pound investors this week. Analysts are expecting GDP data for the first quarter to show that economic growth in Britain slowed to 0.3% quarter on quarter, down from 0.4% due to weather related disruptions. The annualised rate is forecast to remain at 1.4%.

Analysts are expecting Brexit concerns to resurface again this week after the EU rejected UK Prime Minister Theresa May’s solutions to the Irish border dilemma. This could reignite a battle in the May’s Conservative Party between those wanting to stay in the EU Customs Union and those who don’t, potentially leaving Theresa May in a vulnerable position.

Demand for the dollar rebounded strongly in the previous week as geopolitical concerns eased and market participants focused on stronger economic data. Even known conservative Federal Governor Lael Brainard sounded more aggressive about the path of interest rate tightening in the US.

The headline for the US economic calendar will be US GDP data. Analysts are expecting US economic growth to have slowed to 2% in the first quarter of 2018, down from 2.9% at the end of last year.

Politics will remain in the spotlight at US President Trump meets separately with France’s Emmanuel Macron and Germany’s Angela Merkel. Analysts are anticipating that recent trade war fears will be a high priority for the leaders. Any headlines stirring up fears could pull the dollar lower.