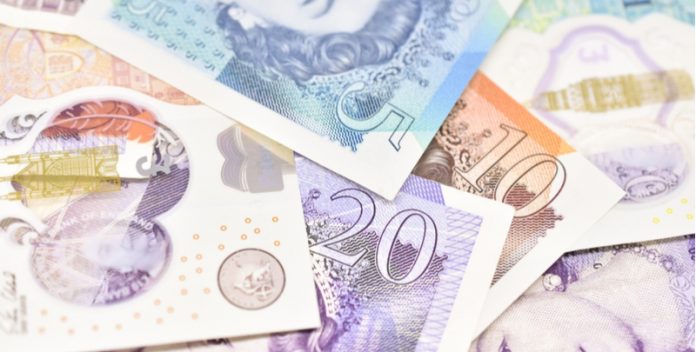 The pound pushed higher against the euro on Monday as investors look ahead to a data heavy week. The pound hit a high of €1.1591, with investors growing in confidence that monetary policy in the UK and the eurozone will start to diverge.

House price data from Rightmove supported the climb in the pound in the previous session. The data showed that UK house prices hit a record in April climbing a further 0.6% month on month adding to March’s 1.5% increase. Increasing house prices shows that banks are still will to lend and consumers are still willing to take on debt and confident enough to purchase, which is a good sign for the economy. As a result, the pound moved higher.

The pound also rose higher at the start of the week as investors looked optimistically towards UK jobs data due today. Whilst analysts are expecting UK unemployment to remain constant at 4.3%, they are forecasting average earnings to increase in the three months to February to 3%. This would be an increase from the 2.7% the previous month and would also signal earnings increasing above inflation. This would mean that the UK consumer would finally be experiencing an easing of the pressure which has been so prevalent since Brexit, as elevated inflation ran higher than wages increases, squeezing the consumer.

Should earnings print higher than inflation, investors could increase the odds of a rate rise by the Bank of England in May. The central bank would be more likely to hike rates on the back of a stronger economy and less pressurised consumer.

Minutes from the European Central Bank policy meeting released last week showed that the ECB was not ready to start tightening monetary policy in the eurozone. Stubbornly low inflation remains a problem for the bloc. The divergence between the two central banks is making the euro look less favourable.

Today investors will look towards German sentiment data which could provide more reasons to sell out of the euro. Sentiment deteriorated significantly in March as the economic outlook for the bloc worsened. Analysts are expecting confidence to fall again in April, which could send the euro lower.