Home GBP GBP/USD: US GDP To Boost Dollar Against The Pound? 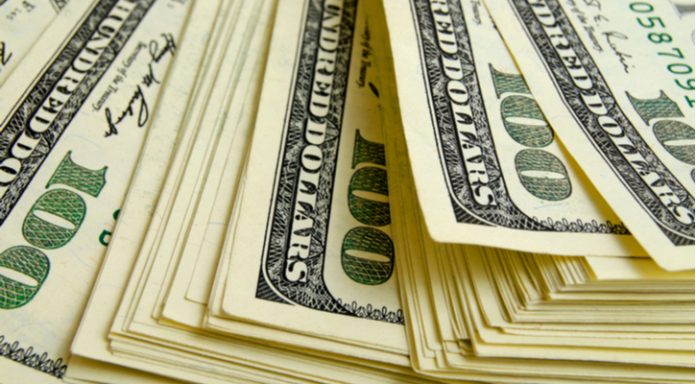 The dollar gained in strength on Tuesday as geopolitical tensions receded. The pound US dollar exchange rate fell to $1.4066 after pushing to a high of $1.4244 earlier in the week.

The pound has been suffering from a lack of high impact data or fresh headlines to drive the price. Whilst last week was crucial for the pound, this week has been significantly quieter. Last week investors learned that the U.K. had secured a post Brexit transition deal with the EU. This paves the way for a smoother, more supportive Brexit, which should be less disruptive for businesses, the UK economy and therefore the pound. The Bank of England also raised hopes of an interest rate rise, possibly as soon as May, after a 7 — 2 vote split at the monetary policy meeting. This meant that 2 policy makers voted for an immediate rate hike, also boosting the pound.

Today the UK economic calendar finally starts to pick up again. Investors will look towards consumer confidence data later this evening. Analysts are forecasting that consumer confidence will remain constant at -10 in March after falling February. Rising prices and falling wages in real terms have kept the UK consumer under pressure for months. Finally, these negatives appear to be easing, however Brexit uncertainties remain. Should consumer sentiment edge higher, the pound could receive a boost.

The dollar has bounded higher in the previous session as fears of a trade war between the US and China eased. The two sides have made progress in behind the scenes talks. China has agreed to take measures to open its market to the US, whilst the US has indicated that China could be exempt from the trade tariffs in return. This progress has been sufficient for investors to believe that the world’s two largest economies will avoid entering a trade war, which would be damaging to both economies and therefore the currencies as well.

Today investors will switch attention back towards economic data, with US GDP in focus. Analysts are anticipating that economic growth in the US will be 2.7% on an annualised basis, up from 2.5%. A strong reading could support dollar strength.