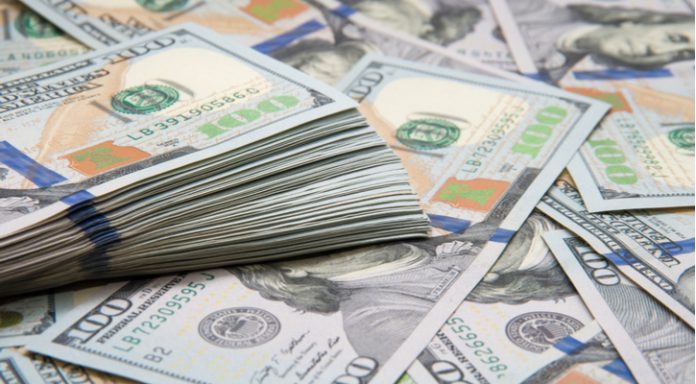 The pound jumped higher versus the dollar on Monday on the back of Brexit hopes and US trade war fears. Sterling climbed to a high of US$1.3874, its highest level in three sessions after hitting a 7-week low last Thursday.

The pound received a boost from strong economic data early on Monday. Data showed that UK service sector activity increased by more than what analysts had been anticipating in February. The Service Sector PMI printed at 54.5 in February, higher than January’s level of 53 and more than the 53.5 that analysts had been forecasting. The reading shows that service sector activity is expanding at the fastest pace in 5 months. Given the UK economy’s dependence of the service sector, the upbeat figures bode well for the outlook of the UK economy.

In addition to strong data, Brexit hopes also boosted the pound. UK Prime Minister said that Britain was close to reaching a post Brexit transition deal with the EU. This news comes after EU Chief Negotiator Michel Barnier only last week cast doubt over a transition deal being reached, insisting there that the difference between the position of the EU and the UK was too large. The pound jumped higher as the possibility of a transition deal increased, as this would mean a softer landing for UK businesses post Brexit.

The dollar remained relatively flat in the previous session as concerns over trade wars cancelled out any positivity achieved through strong US data. Trump’s plan to push ahead with a 25% tariff on steel imports and 10% tariff on aluminium imports has resulted in fears of retaliation by countries such as Germany, Canada and China. Should these countries retaliate then a full-blown trade war could begin, which would be bad news for the dollar. Furthermore, currency markets tend to react negatively to any form of trade intervention by governments, which is keeping the dollar steady.

On the other hand, strong service sector data boosted demand for the dollar as investors cheer the strength of the US economy.

Looking ahead, market participants will continue to listen out for further details on Trump’s tariffs, which could create more volatility today.