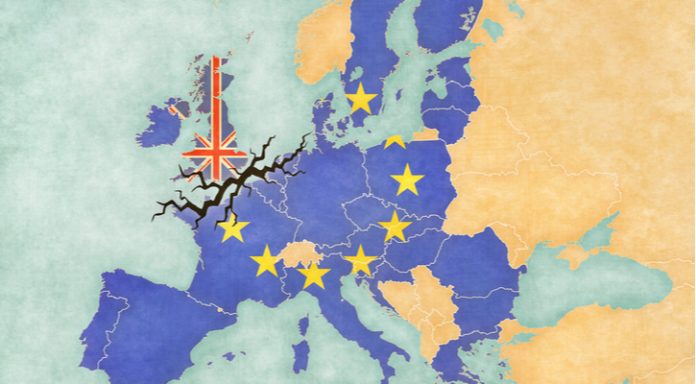 Solid economic data and encouraging Brexit news sent the pound higher versus the euro on Monday. The pound hit a high of €1.1254 versus the euro, it highest level in three sessions, before easing slightly into the close.

The outlook for the pound increased as the new week began, following upbeat economic data. Figures showed that service sector activity in the UK picked up in February to 54.5 from 53 in January and ahead of analyst’s expectations of 53.5. The numbers suggest that the UK service sector expanded at its fastest pace since October 2017.

Given that the service sector is the largest contributor to the UK GDP, an upbeat reading bodes well for the overall health of the UK economy.

Comments later in the afternoon, by UK Prime Minister Theresa May also offered support to the pound. Theresa May said that Britain was nearing a transition deal with the EU. Here comments come in stark contrast to EU Chief negotiator Michel Barnier, who only last Thursday raised concerns about the difference which still remained between the two side’s positions. The prospect of a transition deal, softening the blow for UK businesses after the UK leaves the EU, boosted the pound.

With little in the way of high impacting economic data, investors will turn their attention towards a speech by Bank of England Chief Economist Andy Haldane. Investors will be looking for any hint as to the possibility of an interest rate rise in May.

Politics Drove Euro On Quiet Start To The Week.

The euro was out of favour in the previous session. Investors continued to digest the Italian election results, which saw a record number of Italians vote in favour of anti-establishment or Eurosceptic parties. As no single party or bloc won the necessary quantity of votes to form a government, a hung parliament looks to be the most likely outcome. A hung parliament will do little to support Italy’s fragile economic recovery.

On the other hand, supporting the euro, was news that the political vacuum in Germany was ending. The opposition party, the SPD voted in favour of a grande coalition, putting Angela Merkel back in charge of government for a fourth term. Given Merkel’s strong pro- euro pro-EU stance any falls on the back of the Italian election are being limited by gains owing to German politics