Home EUR GBP/EUR: Will Theresa May Pull Pound Lower vs. Euro With Her Speech 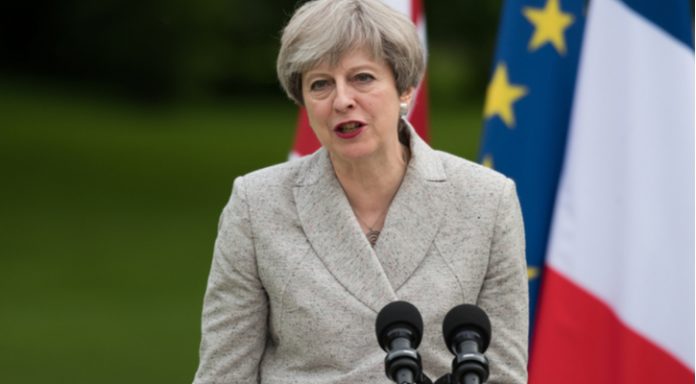 The pound tumbled against the euro for a second straight session on Thursday, a poor UK data and Brexit nerves weighed on sentiment. The pound euro exchange rate tumbled from a high of €1.1315 to a low of €1.1247.

Poor UK data in addition to Brexit uncertainty pushed sterling lower across the board. Data on Thursday showed that UK manufacturing pulled back to an 8-month low in February, slipping from 55.3 in January to 55.2 in February. Even late last year manufacturing was considered a bright spot for the UK economy, however this year a weaker trend has been forming, which is worrying investors.

The pound suffered heavy losses as the post Brexit transition period was once again thrown into doubt by EU Chief Negotiator Michel Barnier. Barnier said that businesses won’t have absolute certainty about the Brexit transition until the end of negotiations early next year. This essentially leaves very little time for business to prepare for either eventuality and is therefore bad news for the economy. Should no transition deal be reached then Britain will experience a hard Brexit which could be harsh on the UK economy.

Brexit will remain in focus today as UK Prime Minister, Theresa May will give a much-anticipated speech. She will use this speech to lay out her vision for the UK — EU post Brexit relationship. The closer that she looks to align the UK to the EU, the more beneficial for the pound.

Unemployment in Eurozone at lowest Level in 9 Years

The euro was broadly in favour in the previous sessions, thanks to encouraging economic figures. Data should that unemployment remained steady in the bloc at 8.6% in January, in line with expectations and its lowest level in 9 years. Strong economic growth in the bloc is boosting job creation as unemployment one year earlier was at 9.6%. These figures clearly show that the strong economic growth is boosting the labour market.

Today Italian GDP will be in focus, just days before Italians go to the polls to vote on Sunday. Analysts are expecting growth to hold steady at 1.6%. News that the economy is doing well could encourage voters to stick with the current government. Any signs that the economic recovery is weakening in Italy and voters could be tempted to vote for a Eurosceptic alternative, such as the 5 Star Movement.