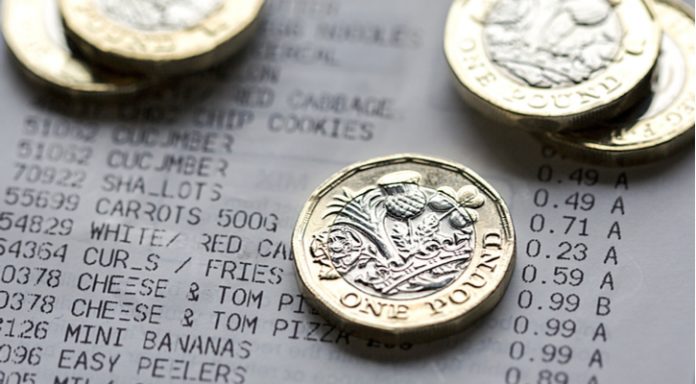 Dollar weakness and stronger than forecast UK inflation helped propel the pound US dollar exchange rate higher on Tuesday. The exchange rate hit a peak of $1.3895, before settling around $1.3885.

The pound popped higher following the release of UK inflation data. The consumer price index (CPI) which measures inflation, remained constant in January at 3% year on year, beating analyst’s predictions of a dip to 2.9%. Meanwhile UK core inflation, which excludes more volatile items such as food and fuel, increased by 2.7% year on year, beating analysts forecast of 2.6% and representing an increase from December’s 2.5% figure. The strong inflation numbers come against a backdrop of a more hawkish sounding Bank of England (BoE), which only last Thursday hinted that interest rates may need to increase sooner than the central bank had initially forecast.

As a result, investors reassessed the probability of a rate hike, possibly as soon as May, which sent the pound higher. However, the jump to $1.39 was short lived because there are still some concerns with investors that the UK economy may not be strong enough to sustain a rate hike so soon.

Today there is no high impacting UK economic data, instead investors will need to wait until Friday for UK retail sales figures. In the meantime, concerns over the lack of clarity surrounding Brexit and more particularly the post Brexit UK EU relationship could weigh on the pound.

Demand for the dollar eased in the previous session as investors continued to digest President Trump’s disappointing Budget and as investors looked nervously towards today’s inflation and retail sales data.

US equity markets have been spooked over the past week as concerns have been increasing that US inflation could rise quicker than expect, which would prompt the Federal Reserve to raise interest rates faster than they had originally planned. Whilst this has caused stocks to tumble, as lending costs move higher, the prospect of higher interest rates is beneficial for the dollar. Should inflation be higher than the 1.9% forecast by analysts, the dollar could move higher.