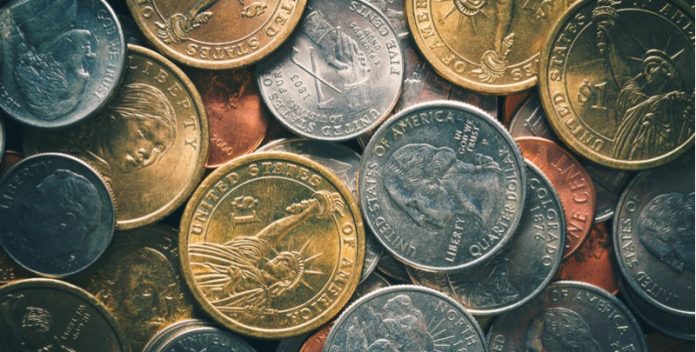 Last week was a volatile week for the pound U.S. dollar exchange rate. UK political jitters, better than expected UK economic data and a mixed set of readings from the U.S. jobs report meant that the pound weakened to a low of $1.2778 versus the dollar. The same week saw the pound strengthen to a high of $1.2921.

The pound has started the new week lower against the dollar, as investors digest the latest UK election polls and the U.S. jobs data from Friday afternoon.

One of the latest polls from Survation show that Theresa May and the UK Conservatives have a lead of just one point over Jeremy Corbyn’s Labour party. With each new poll, a hung parliament is looking increasingly likely.

What is a hung parliament and what does it mean for the pound? A hung parliament is a scenario in which neither the Conservatives nor Labour win a sufficient number of seats in the election to rule by a majority. This often means that two or more parties must join forces in a coalition, like 2010 saw between the Conservatives and Liberal Democrats in 2010. A coalition government is considered pound negative because of the uncertainty surrounding it. For example, even now, three days before Brits hit the voting booths, it’s unclear as to which parties are willing to work together in a potential coalition and under which terms. Furthermore, the outlook for Brexit is murky under a coalition government as it increases the potential for disruptions in the Brexit process. This in turn means a smooth Brexit less likely, which puts the pound under pressure.

The U.S. dollar was weaker against most of its major traded peers on Monday, although the buck managed to strengthen versus the pound. Investors continued to digest the closely watched U.S. jobs data from Friday. The report was mixed; job creation missed analyst expectations by almost 50,000 posts, very disappointing. However, on the plus side, the unemployment rate unexpectedly ticked down from 4.4% in April to 4.3% in May, suggesting that the U.S. must be close to full employment. Which means wages should start to tick up soon.

What do these figures mean for the dollar? Although not great, the jobs data hasn’t been considered sufficiently weak to push the Federal Reserve off course from its next interest rate rise at the Fed’s meeting in June. However, doubts are being cast as to whether any further interest rate increases will happen across the rest of the year. These doubts are keeping demand for the dollar low.