Home GBP Pound Back to a 7 Month High Versus the Dollar With Trump... 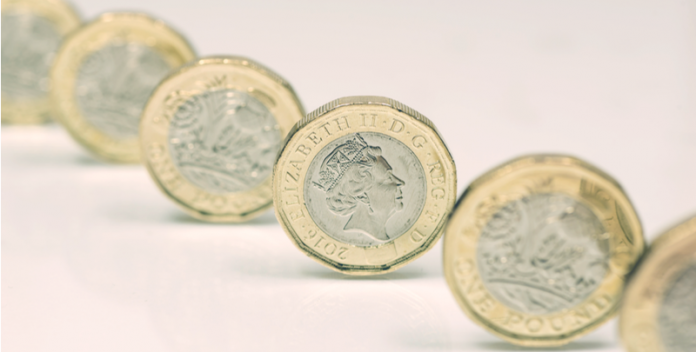 The pound rose higher versus the dollar on Friday, recovering from a mini flash crash at the end of the previous day and pushing the pound to US dollar exchange rate firmly back above its 7 month high of $1.30.

The actual cause of the extremely rapid decline in the value of sterling is unknown, often flash crashes are caused by automated, high frequency trading. However, interestingly the one yesterday, which was smaller than the last one in October, also coincided with the timing of the Conservative Party election manifesto being unveiled.

The dollar has been under pressure all week, courtesy of the political chaos in Washington which is making investors nervous. The Trump administration’s attempt at damage limitation has not been that successful this week as the political storm shows few signs of abating anytime soon. Thankfully today there were no new revelations regarding the growing Trump scandals, but investors are still heading to the weekend with plenty to digest.

The whole affair has been negative for the dollar as the expectation is that Trump will now be sufficiently distracted to have to delay his economic agenda, namely tax cuts and fiscal stimulus, hopes of which had sent the dollar northwards following his election. A sizeable corporate tax cut would most likely cause a flood of money to be repatriated to the USA, which creates a high demand for the currency and in turn increases its value versus other currencies. Whilst infrastructure spending in a country already close to full employment would push wages higher, leading to more spending and higher prices, boosting inflation, which would lead to higher interest rates, and a higher demand for the currency.

The fact that the dollar has wiped out any gains from the date of the election, suggests that the investors have as good as written off the expansionary economic policy.

Pound strong after a week of solid data

On the other hand, demand for the pound was soaring, after a week of impressive economic data pointed to a resilient British economy, despite sterling weakness following Brexit pushing up prices. Data on employment, retail sales and manufacturing orders all came in above expectations. This is good news for the pound because strong economies attract investors wanting to put their cash into countries where growth prospects are strong. They need local currency to do this, and the increase in demand for the local currency pushes up its value, as we saw today.

Yet despite the good news it is worth keeping in mind that the outlook maybe set to deteriorate in the UK as inflation is expected to tick higher through the year, putting more pressure on the consumer.