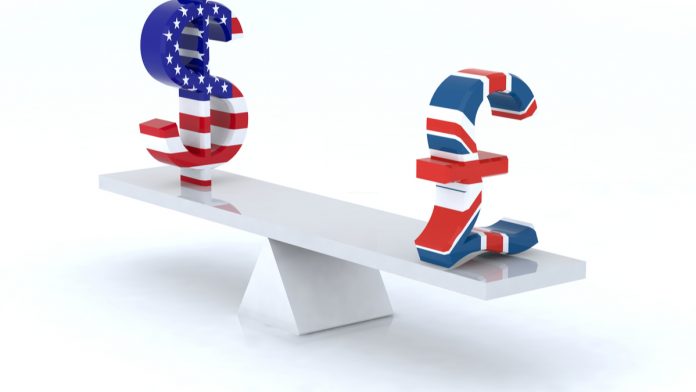 After starting the week on the back foot, the pound rebounded off US$1.2516 and hasn’t looked back since. The pound US dollar exchange rate trended higher across the week, hitting a 5-month high of US$1.2988. The pair then eased slightly and is looking to close the week comfortable over US$1.29.

Let’s take a closer look at what has been moving the pair:

Pound investors have been singularly focused on Brexit developments over the past week and heading into the weekend. The pound rallied over the past 5 days as investors grew increasingly more confident that at Brexit deal could be achieved between the UK and the EU. Sterling investors spent the week jumping from headline to headline attempting to gauge the likelihood of a new Brexit deal agreement.

The pound surged on Thursday to a 5-month high on the news that a Brexit deal had been achieved. However, the spike higher was short lived. The pound dropped sharply to US$1.2760 before lifting again above $1.28 as investors started to weigh up the probability of Boris Johnson being able to push the Brexit deal through Parliament. Boris Johnson needs a majority in the vote in Parliament.

The Northern Irish Democratic Unionist Party (DUP) props up the government. The DUP vote is critical to Boris Johnson to get a majority vote in Parliament. However, the northern Irish party has been vocal in its rejection of Boris Johnson’s new deal. They are refusing to back it.

The opposition party leader Jeremy Corbyn has said that the new Brexit deal was worse than that of Boris Johnson’ predecessor Theresa May; a deal which was overwhelmingly rejected by Parliament. Labour MP’s are being advised to vote against the deal.

Whether the deal goes through depends greatly on Boris Johnson’s selling skills ahead of Saturday’s crunch vote. Despite deep uncertainty over how the vote will go. The pound has managed to remain resilient around above $1.28. The pound was advancing in late trade on Friday amid reports that Boris Johnson had the numbers needed.

Depending on whether the vote is agreed or not as to whether the pound opens next week towards above US$1.30 or more towards US$1.26.

UK macroeconomic data releases played second fiddle to Brexit developments. Data was mixed across the week but the pound advanced regardless.

Sterling rose despite the UK unemployment level unexpectedly increasing, as Brexit uncertainty started to hit the labour market. Unemployment rose from 3.8% to 3.9%. Weekly earnings dipped from 4% to 3.8%. This is still above inflation, meaning that households are in a strong position. Overall the labour market remains resilient, if slightly weaker.

Weak labour market data usually drags on the pound. Thanks to Brexit headlines that didn’t happen this week.

Inflation data was also eyed by investors. Inflation remained at 1.7% in September, a three-month low. Market analysts had expected an increase to 1.8%. With inflation slipping further from the Bank of England’s 2% target, the possibility of the central banks next move being a rate cut increased. This would usually drag on the pound, although not this week.

Finally, retail sales were a definite bright spot for the week. Data showed that the UK consumer was still spending despite Brexit uncertainty. Retail sales increased 2.9% year on year in September, significantly up from 2.2% the previous month. The UK economy is dependent on UK consumers spending, so strong retail sales figures are good news for the economy, particularly just two weeks before the UK is due to leave the EU.

How the new week starts and unfolds for the pound will depend greatly on the outcome of Saturday’s Brexit vote. Should the deal win a majority vote in Parliament, the pound could start the weak much stronger. Should the Brexit deal be rejected, Brexit developments across the week will drive the pound as Minister scramble to avoid a no deal Brexit.

The dollar started the week on a positive note as investors cheered the announcement of the US — China first phase trade agreement last weekend. However, the gains were short lived as investors quickly decided that the trade pact was nothing more than a month-long standstill agreement. Tensions between the US and China remain.

By mid-week investors had turned their attention to US macroeconomic data. The dollar dropped sharply after data showed that US retail sales declined month on month in September by -0.3%. This was well below the 0.6% increase experienced in August. This was the first decline in retail sales in 7 months and suggests that the US manufacturing slump was spreading into the US consumer sector. The US economy is heavily reliant on the US consumer, therefore any sign of weakness there unnerves investors, increasing expectations that the US could be heading for an economic slowdown.

As fears grow over the health of the US economy investors are becoming increasingly convinced that the Federal Reserve will have to cut interest rates again. According to the CME FedWatch tool the financial markets are now assuming a 90% probability of a rate cut at the October Federal Reserve monetary policy meeting. This is up from 67% just a week ago. As the prospects of a rate cut increase the vale of the dollar decreases.

Next week the US economic calendar sees mainly mid-tier releases. This means that the US dollar will be vulnerable to other factors such as US — China trade relations and sentiment stemming from earnings season as well.