The British pound is very slightly higher against the euro on Tuesday as British Prime Minister Boris Johnson ruled out a second Scottish referendum (known as indyref2). The euro and other currencies had a mixed reaction to the news the US will no longer label China a ‘currency manipulator’. Stock markets in Europe and the UK were little changed as investors await the signing of the US China trade deal on Wednesday.

Prime Minister Boris Johnson officially denied the request for a second Scottish referendum in a letter on Tuesday. The request had been made by Scottish National Party leader Nicola Sturgeon following the party’s election victory in Scotland. Nicola Sturgeon made the request, officially known as a ‘Section 30 Order’ on the basis that circumstances have materially changed since Brexit. While the whole of the UK voted to leave the European Union, voters in Scotland specifically voted to remain. Johnson rejected this idea, saying parties promised the first vote in 2014 was “once in a generation”.

The referendum is widely seen as an unwanted source of political uncertainty for the United Kingdom. The removal of this political uncertainty, at least for the time being, is a positive for Sterling. The United Kingdom already faces the uncertainty of Britain leaving the European Union at the end of the month. The minimal reaction in currency markets to the official announcement on Scottish independence reflects the fact that Boris Johnson has said throughout his time as Prime Minister that he would not allow it. Today just made those opinions official.

The euro was little changed as the US announced it will remove China’s status as a currency manipulator as part of the phase one trade deal scheduled to be signed on Wednesday. The Chinese renminbi however, soared to a 5-month high against the US dollar. The US Treasury announced the decision to remove the ‘manipulator’ status in its latest currency report. The report noted the depreciation of USD/CNY exchange rate from a high of 7.18 last September to 6.93 currently. This in the view of the Treasury made the designation no longer applicable. While the status had no direct economic implications, it will be taken as a symbolic gesture of goodwill in Beijing. 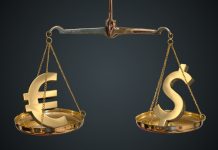 EUR/USD: Euro Extends Losses Amid Uncertainty Over US Stimulus