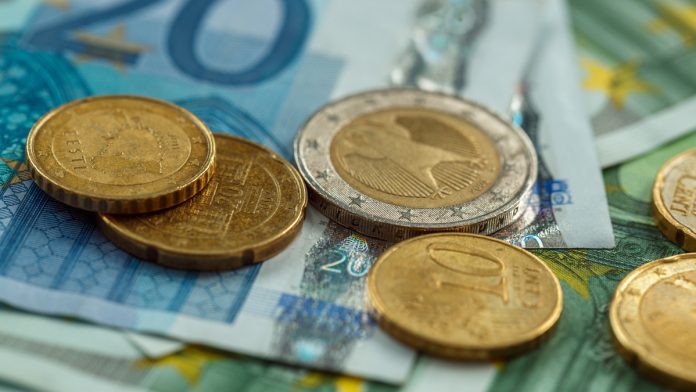 An upbeat UK wages report sent the pound higher on Tuesday. The pound euro exchange rate rallied to a peak of €1.1210. However, the pound was unable to hang on to those gains and closed flat at €1.1183. The pound is advancing in early trade on Wednesday.

Data showing that the UK unemployment level dropped to a multi-decade low and that average weekly wages increased to an 11-year high, boosted the pound in the previous session. Data showed that the unemployment level fell to 3.8% in the three months to July, down from 3.9%. Meanwhile average weekly wages increased to 4% in July, with June’s reading also being upwardly revised to 3.8%. Strong wages create inflationary pressure in the economy. As a result, the pound advanced.

However, it was not all good news. The number of jobs created dropped to a dismal 31,000, well below the 115,000 reported in June. The weak job creation figure points to a slowing jobs market as Brexit approaches. This is unnerving investors and the pound gave up earlier gains on Tuesday.

There is no high impacting UK data due to be released today. Parliament is suspended for the next 5 weeks. Investors will watch closely any news flow on what Boris Johnson intends to do next and any headlines from the bi-weekly Brexit meeting. Any signs of progress towards a deal could boost the pound.

The euro lacked direction in the previous session. An absence of relevant data ahead of the European Central Bank monetary policy meeting on Thursday meant investors had little to sink their teeth into.

Given the barrage of weak data that has come out of Germany recently, combined with the slowing eurozone economy, market participants are expecting that the European Central Bank (ECB) will loosen monetary policy to support the bloc’s economy.

Investors widely expect an interest rate cut and economic stimulus measures. However, over the past few days ECB policy makers such as France’s Villeroy and Estonia’s central bank President Muller, have cast doubt over the size of the stimulus package. These more recent comments are contradicting those of ECB President Draghi and Finland’s President Olli Rehn who have called for “impactful and significant” stimulus packages.

Today there is no high impacting eurozone data. Euro investors will continue to look towards the ECB monetary policy meeting on Thursday.