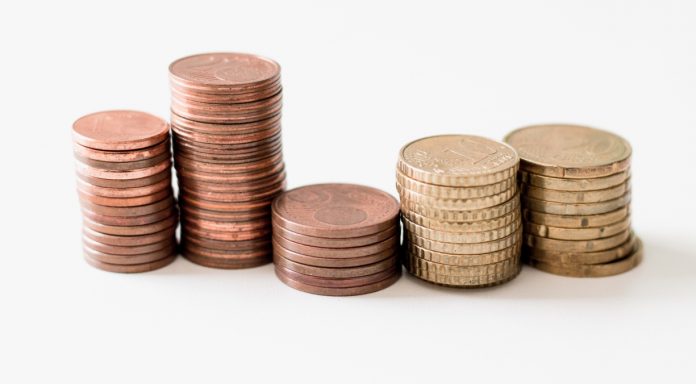 Impressive wage growth and Brexit optimism sent the pound to a fresh six month high versus the euro on Tuesday. The pound euro exchange rate reached €1.1552, a level last reached back in April, before easing back towards the close. The pound has started Wednesday 0.2% higher versus the euro.

The pound had a strong start to trading in the previous session as UK wag data gave investors reason to cheer. The data showed that average weekly wages increased by 3.2% in the three months to September. This was ahead of the 3.1% that analysts had forecast and was also the fastest pace of growth since the financial crisis a decade ago. The data supports suggestions by the Bank of England that the UK jobs markets has no slack. Additionally, the data supports the central bank’s view that an interest rate rise could be needed in the case of an orderly Brexit. The pound pushed higher.

Brexit optimism has been the principal driving force of the pound for many months and Tuesday was no different. News that the terms of the Brexit deal had been agreed sent the pound soaring to its peak. However, pound traders are fully aware that UK Prime Minister must now convince her cabinet to back the Brexit plan that she has negotiated. She has called a crunch cabinet meeting for later today. She must then convince Parliament. The size of the task ahead of Theresa May is enormous. Both cabinet members and MP’s have been vocal in their doubts over the Brexit plan.

Whilst Brexit will steal the limelight, investors could glace quickly at UK inflation data. Analysts predict UK inflation will increase to 2.5% from 2.4%. A strong reading could lift the pound.

The euro was broadly in favour in the previous session, albeit less so than the pound. German inflation data inline with analysts’ expectations at 2.5%, helped keep the euro buoyant. ZEW economic data was more of a mixed bag. Whilst sentiment in Germany had unexpectedly improved. Economic sentiment in the eurozone as a whole had declined.

Today, German and Eurozone GDP data will attract investor attention. Analysts predict that eurozone GDP will remain constant at 1.7%. However, analysts are expecting German GDP to tumble to 1.3%-year on year in the third quarter. This would represent a huge decline from 2% previously. Should this prove to be the case the euro could weaken.