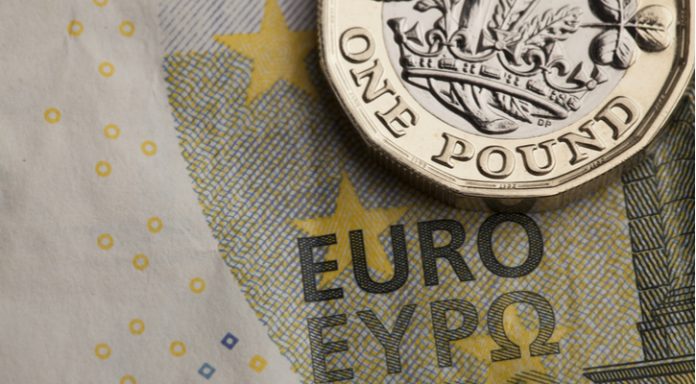 Brexit optimism sent the pound charging higher versus the euro on Wednesday and in trading overnight. The pound euro exchange rate hit a high of €1.1345, its highest rate in over a week.

The pound rallied across the previous session as investors cheered comments from both the UK and Brussels that a Brexit deal is in sight. Brexit secretary Dominic Raab told ministers that he was confident a deal could be reached by 21st November. This would confirm that Britain is looking to conclude the deal at a special European Council meeting in mid-November. Following this timetable, UK Prime Minister Theresa May would be able to seek approval for the package from MP’s before Christmas.

This is not the first time that pound investors have heard that a deal is in sight. However, this is the first time that the Brexit secretary has sounded certain enough to put a date. The pound rallied as a softer more orderly Brexit is more widely believed to be less damaging for the UK economy.

Today investors will turn their attention to the Bank of England’s (BoE) super Thursday. This is when the central bank releases its monetary policy rate decision, quarterly inflation report and minutes from the BoE meeting. The central bank is not expected to change the interest rate. However, any changes in economic projections and the tone of the report could impact on the pound.

The euro was broadly out of favour despite inflation ticking higher. Core inflation, which excludes more volatile items such as food and fuel, ticked higher in October to 1.1% year on year, up from 0.9% the previous month. Inflation remained steady at 2.2%. Higher inflation would usually encourage a central bank to raise interest rates.

However, euro traders were instead focusing on weak German retail sales. Analysts had been expecting German retail sales to grow 1% year on year. Instead, the unexpectedly declined -2.6% year on year in September. This was the sharpest decline in sales in 5 years and added to fears that the long boom period in Europe’s largest economy was coming to an end.