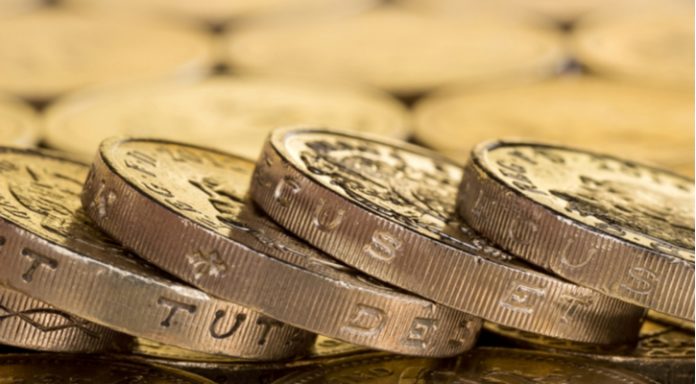 Rumours of a solution to the Irish Brexit deal, in addition to strong UK manufacturing data boosted the pound on Monday. Meanwhile the dollar was also in favour following a trilateral trade deal agreement between the US, Canada and Mexico. The pound US dollar exchange rate finished the session at US$1.3040. This is approximately the same level at where it started the session.

Reports that UK Prime Minister Theresa May was willing to compromise over the Irish border issue helped lift the pound in the previous session. Rumours circulated that for full access to the European single market, Theresa May was willing to make some concessions to the EU to reach an agreement over the Irish border. The rumours were not confirmed which saw the pound give back some of those gains.

However, the mood for sterling remained strong as UK manufacturing data impressed. Figures showed that the pace of growth in the manufacturing sector unexpectedly picked up in September to 53.8. Analysts had been forecasting manufacturing PMI to decline further from its August slump to 52.5. The survey also noted that business sentiment had improved, an encouraging sign as Brexit looms closer.

The UK Conservative annual conference with keep Brexit and domestic politics under the spotlight. So far, there has not been any meaningful or serious attempts to oust the PM over her unpopular Brexit Chequers plan. UK Construction PMI could also create some volatility.

A trilateral trade agreement between US, Canada and Mexico over the weekend boosted demand for the dollar on Monday. The dollar traded higher versus its peers, as investors focused on encouraging trade developments rather than disappointing economic statistics.

Yet positive developments in the recent trade tensions have been few and far between. Whilst US, Canada and Mexico have a new trilateral deal agreed, China and the US still seem poles apart to reaching a trade agreement.

The new US trade deal was quickly followed by a stark warning from the managing director of the International Monetary Fund (IMF) Christine Lagarde. She called for countries to “de-escalate and resolve trade disputes, as risks have begun to materialise in the global economy.”