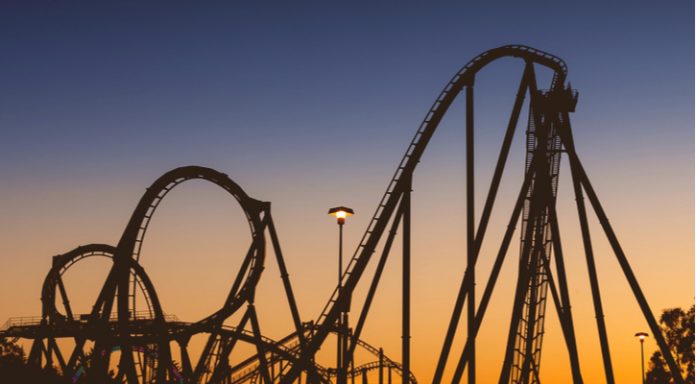 The pound euro exchange rate had a volatile session on Tuesday. The pair had a rollercoaster day moving from a session low to a high of €1.1125 to low, before rallying higher into the close.

There were several factors which influenced the pound’s movement on Tuesday and which explains the volatility that sterling experienced. First off, disappointing construction data sent the pound lower. Construction activity slowed significantly more than analysts had been forecasting, dropping to 52.9 in August from 55.8 in July and well below below the 54.9 that analysts had been expecting.

Construction activity and manufacturing activity both disappointed in August and analysts usually use these two readings as an indication as to what to expect for service sector activity data, which is released today. The service sector is the dominant contributor to the UK economy and analysts are expecting activity to have increased in August. Disappointing numbers in this sector spell trouble for the economy as a whole. This could pull the pound lower.

The pound received a last-minute boost in the previous session thanks to rumours circulating that the EU will offer encouraging words to UK Prime Minister Theresa May over her Chequer’s Brexit proposal. The evidence of progress should offer Theresa May some support as she faces rebelling Eurosceptic MP’s. However, Brussels is also expected to give a stern warning over the Northern Ireland border issue and will want a plan within weeks. Pound traders focused on the positives from the message and the hopes of a softer Brexit.

The euro traded broadly lower versus its peers in the previous session despite inflation figures at wholesale level coming in slightly better than analysts had forecast. Stronger inflation, as measured by producer price index, often indicates a pick up in consumer inflation down the line. Higher inflation increases the chances of an interest rate rise. This usually lifts the value of a currency.

However, the euro was unable to move higher as investors continued to digest the disappointing manufacturing data from earlier in the week. Euro traders will now look towards today’s eurozone retail sales data. This data will give an indication as to whether consumers are spending; strong spending is a good sign for the economy and could lift the euro higher.