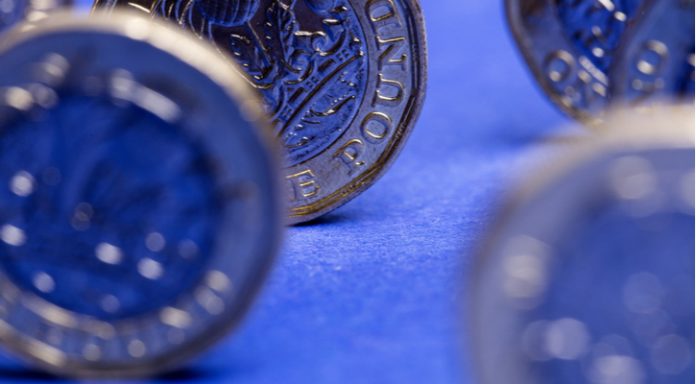 The pound dropped in early trade as investors continued to digest political woes and less than encouraging UK economic data. UK Prime Minister Theresa May sent the pound lower early on as she once again failed to say how she intended to achieve her Brexit plans. Theresa May made it clear that her plan was to have the EU relationship in place by 2020, ensuring that no backstop would be necessary. But the distinct lack of detail over how she intends to achieve this goal weighed on the pound. With so many Brexit uncertainties and the clock ticking, a no deal Brexit unnerving investors.

Manufacturing activity data also kept the pound out of favour. The UK manufacturing purchasing managers index (PMI) ticked slightly higher in June to 54.4, up from 54.3 in May. PMI is an indicator of economic health for a sector that is based on a monthly survey of company executives on five major survey areas: new orders, inventory levels, production, supplier deliveries and employment. This was ahead of analysts’ expectations so would normally lift the currency higher. Instead investors focused on the fact that, for the second straight month, manufacturing activity increased not to fulfil new orders but to build inventory. This is not sustainable and unless there is an increase in demand, manufacturing output could drop sharply in the coming months.

Today investors will be watching construction activity. Analysts are expecting the construction PMI to have remained constant in June at 52.5. Should there be an uptick in activity the pound could rally.

Trade war fears were once again responsible for the rally in the dollar in the previous session. With the US fighting on many fronts, including against China and the EU, investors are growing increasingly nervous. The dollar is benefitting from these fears thanks to its safe haven appeal, which means investors look to buy the dollar in times of geopolitical uncertainty.

The dollar’s rally was unable to last and the dollar eased lower in later trade. This was mainly because demand for the euro increased following a deal over migration between the two German coalition party leaders Mr Seehofer and German Chancellor Angela Merkel. The dollar often trades inversely to the euro, pulling it lower.

Trade war concerns are likely to remain central to dollar movements on Tuesday. Investors could also look forward to US factory orders and US durable goods numbers.