USD is the abbreviation of United States Dollar and is the official currency of the United States. It is also known as the greenback or the buck and is the world’s primary reserve currency. This means that large quantity of US dollars are held by central banks and other financial institutions across the globe in reserves. Many commodities, like gold, silver and oil are also priced in USD, providing additional reason for other countries the hold US dollars. 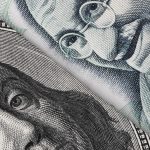 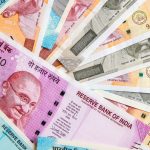 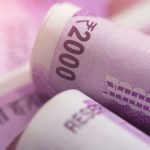 USD/INR: Rupee falls in risk-off trade & with the Fed in focus

Indian Rupee (INR) falls after Putin’s speech Will the RBI defend 80 in the case of the hawkish Fed? US Dollar (USD) rises as Putin mobilizes forces Fed is expected… Continue

When was the US Dollar introduced?

The US dollar came into existence in 1776 - 9 days before America declared independence. The first notes which were used were valued at USD2, and were issued on 25 June 1776 as bills of credit to support independence.

Which countries use US dollars?

The US dollar is the official currency in the US, but it’s also the world’s biggest reserve currency, and the preferred unit for global sales of petroleum, gold and other commodities. Dollars are widely accepted in many other countries too, either as an official currency, or as common practise without official backing.

Dollars are legal tender in countries including Panama, El Salvador, Ecuador and East Timor. You can also use dollars officially in parts of the Caribbean and on some Pacific islands.

Other regions have started to use dollars for practical reasons, such as Cambodia, Peru and merchants in border areas of Canada.

Finally, some other places peg their currency to the dollar, which means you can always exchange the local currency for dollars at a fixed rate - this is the case in places including Hong Kong, Lebanon and Saudi Arabia.

Can I use US dollars in Canada?

US dollars are not the official currency in Canada. That said, you may well find you can pay with US dollars - especially in tourist areas and near the border.

It’s worth checking the exchange rate being used if you choose to pay with US dollars while you travel. Although convenient, you might find the rate offered to convert your US dollars to Canadian isn’t very good, which pushes up the cost of your purchase.

Check out the mid-market exchange rate using a simple Google search or an online currency converter, so you can make sure you’re getting a fair deal.

Can I use US dollars in Israel?

Although you might be able to pay in US dollars in some places in Israel - such as hotels and car rental services - you can’t rely on it. If you’re given the opportunity to pay in dollars it’s also worth checking out the exchange rate, as you might find an unfavorable rate pushes up the price of your transaction.

Can I use US dollars in Mexico?

Mexico’s official currency is the peso, but US dollars are accepted fairly widely in tourist areas and near the border.

If you’re considering using US dollars when in Mexico, check out the USD to MXN exchange rate being used. You’ll likely find that marchants have added a hefty margin to the mid-market exchange rate, which means you’re paying extra for the convenience of using your dollars while you travel.

Which currencies are pegged to the US dollar?

Currencies can be described as fixed or floating. The US dollar is a floating currency, which means its value goes up and down along with the market. Most major currencies choose to float, but it’s common for smaller or developing countries, or places which rely on currency stability versus the dollar, to have a fixed currency which is pegged to the US dollar.

The following countries and territories have currencies pegged to the US dollar:

The US dollar is a floating currency, which means its value against other currencies changes all the time in line with the market. To find the current US dollar exchange rate against your currency, you’ll need to get the mid-market exchange rate using a Google search or currency converter tool.

The mid-market exchange rate is the one banks and currency exchange services get when they trade currencies on global markets. However, it helps to know that this may not be the rate you get as a retail customer. Instead, banks and other exchange providers will often add a markup to the rate they offer customers. This is an extra fee, and it makes it hard to see the true cost of your currency conversion.

If you need to change money to or from US dollars, or want to send a payment overseas, you may be able to save if you use a provider which gives the mid-market exchange rate and charges a simple transparent fee, like Wise.

How much is a US dollar worth?

Because the exchange rate between the US dollar and other currencies changes over time, it’s impossible to fix a value on the dollar.

Let’s look at an example. Back in 1985, when the British pound was at its weakest against the dollar, one pound cost only around USD0.92. However, the value of the pound against the dollar can be extremely volatile - at the time of writing one pound will cost USD1.27. To give another example, since launch in 1999, the value of the dollar versus the euro has changed considerably. In July 2008, one dollar would buy you only around 63 euro cents. However, in October 2000, your dollar would have gotten you a full EUR1.21.

To get the most up to date exchange rates between the pound and the dollar, or any other currency pairing, take a look at a currency converter tool, or search a reputable source online.